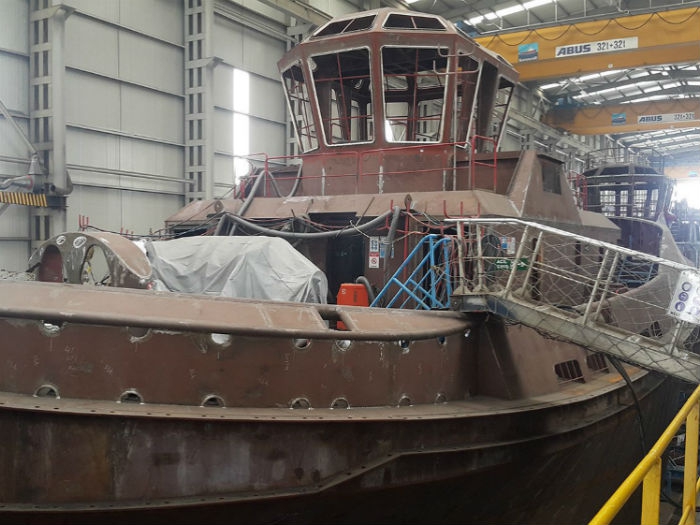 NOVEMBER 11, 2017—Naval architect Robert Allan Ltd., have completed a new 25 m harbor tug design for Turkey’s Sanmar Shipyards that can be outfitted as either a tractor tug with aft working deck or Rotortug with both fore and aft working decks.

The versatile design—which can have either of two class designations, TRAktor 2500-SX or ART 60-25SX—was developed in close cooperation with Sanmar to achieve production efficiencies and more standardization. Many components are identical to those used by the shipbuilder on its other production models. And the propulsion equipment selected for the design is the same as fitted in other Sanmar class vessels allowing equipment orders to be made in bulk, thus saving cost and allowing flexibility to allocate equipment to the vessel where it is needed most, ensuring the fastest possible delivery to clients.

After securing an order to construct a 60-tonne tractor tug version for the Port of Taranaki in New Zealand earlier this year, Sanmar is now building a trio of 70 tonne bollard pull tractor versions in new series called the Deliçay Series. The 70 tonne bollard pull vessels will feature RR US 255 drives. The first of the three is set for delivery in February 2018.