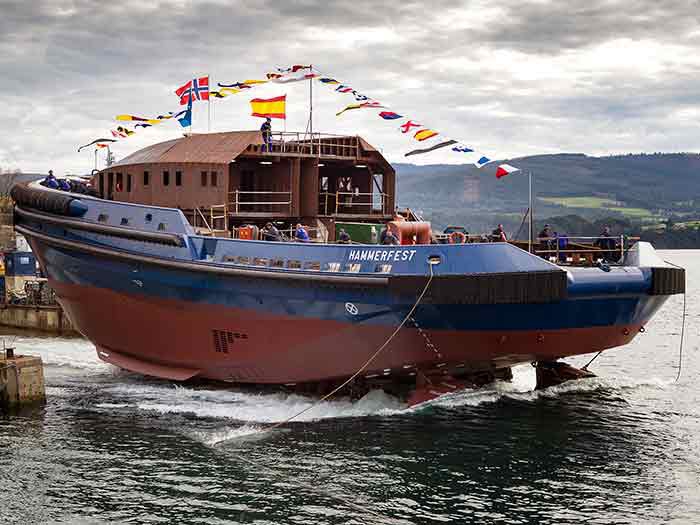 Dual fuel tug is now at shipyard's fitting out quay

The vessel is the last of in series of three currently under construction at Gondan for the Norwegian shipowner Østensjø Rederi.

The new escort tug, with a length of 40.2 m and 16 m beam, will provide tug services to Norwegian state-owned energy company Statoil, at its Melkøya terminal, near at Hammerfest in northern Norway .

Built to withstand freezing cold, the vessel is shaped specifically to permit full operational availability at temperatures of 20 degrees below zero. It delivers environmental sustainability through the use of Wärtsilä dual-fuel (DF) engines integrated with a customized gas storage and supply system also supplied by Wärtsilä. Though the tug will primarily use LNG (Liquefied Natural Gas) as fuel, but the Wärtsilä DF engines provide the flexibility to select the most suitable fuel according to availability, price and local environmental restrictions.

Today’s launch event was attended by representatives from the ship-owner, from the charterer of the vessels – Statoil – and from the designer Robert Allan Ltd.

For the next few months, the new vessel will be moored at the shipyard’s outfitting quay.