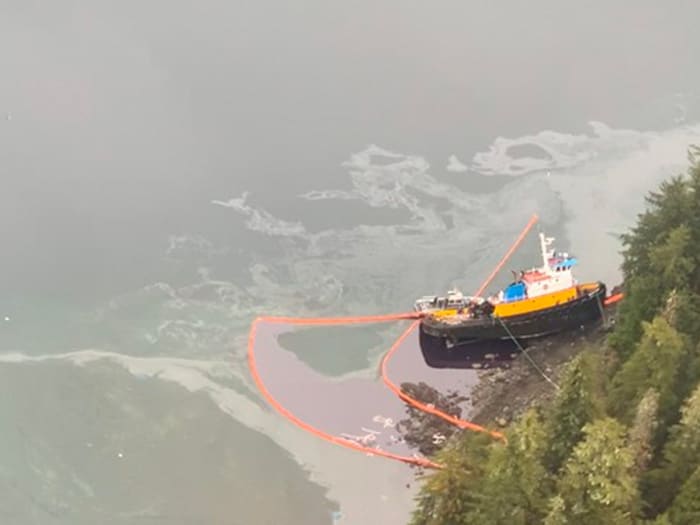 While transiting from the grounding site to Sitka Tuesday afternoon, a small vessel participating in the response operations capsized due to high winds and rough sea conditions. All four persons were safely recovered with no injuries and the capsized boat was towed to shore.