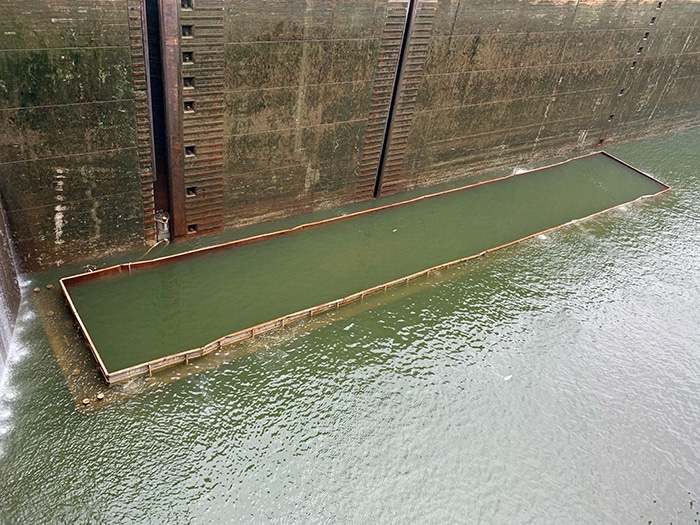 The U.S. Army Corps of Engineers Nashville District has been working with Terral River Service to clear a barge from Kentucky Lock’s chamber that sank at approximately 7:30 a.m. Saturday, June 11.

Kentucky Lock is located near Gilbertsville, Ky, 22.4 miles from the confluence of the Tennessee and Ohio Rivers. It is 20 miles east of Paducah, Ky.

Skinner explained that the barge carrying gravel hung on the miter sill of the lock, which caused the bow to tip and take on water.

“To recover the barge the owner will pump water out and hopes to float and remove it from the lock chamber by the end of the day,” Skinner said.

There were two deckhands that were working during the incident. Neither were hurt when the barge sunk.

The impact from this closure to the navigation industry and recreational vessels is minimized due to a series of intermittent closures of the lock already scheduled 6 a.m. to 6 p.m. June 13-30 to paint the upstream miter gates and repair armor plating on the upstream guard wall. While Kentucky Lock is closed, vessels are able to use Barkley Canal to travel between the Tennessee River and Cumberland River to use Barkley Lock to navigate to and from the lower Ohio River. 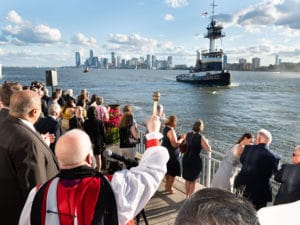