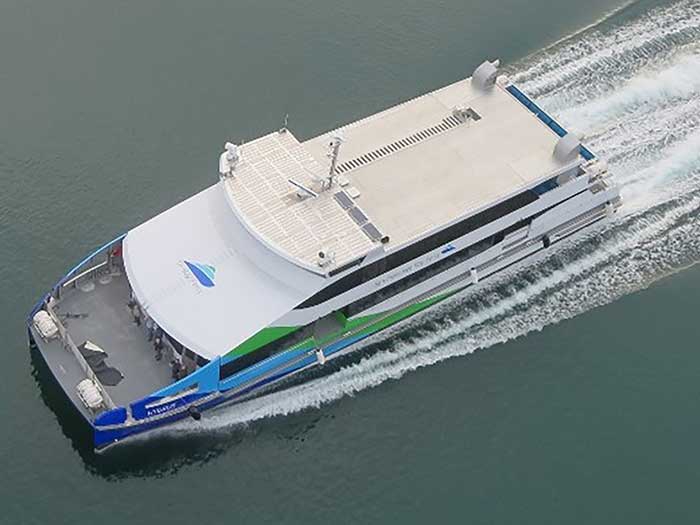 MAY 19, 2017 — Hydrus, the first in a series of four Incat Crowther designed 400-passenger catamaran ferries built for WETA, the Water and Emergency Transportation Authority of San Francisco, is now in service.

“In the spring of 2015, Vigor began construction on the first two WETA ferries in this class,” said Tim Kolb, General Manager of Vigor Ballard. “It’s an efficient design and very environmentally friendly..”

Following trials of the first vessel, two additional vessels were ordered by WETA.

One of the earliest passenger vessels to enter service with advanced exhaust after treatment, the system ensures Hydrus complies with the latest U.S. emissions regulations and is one of the lowest emission ferries currently operating in North America.

Incat Crowther worked with suppliers to create an efficient layout for the system that minimizes noise ingress to the cabins and has minimal effect of passenger flow and operations.

Hydrus has a top speed of 29 knots and a service speed of 27 knots under full load at reduced MCR. The vessel also demonstrates low wake wash characteristics.

Hydrus will be joined mid-year by a second vessel, Cetus, with a further two vessels due in 2018. 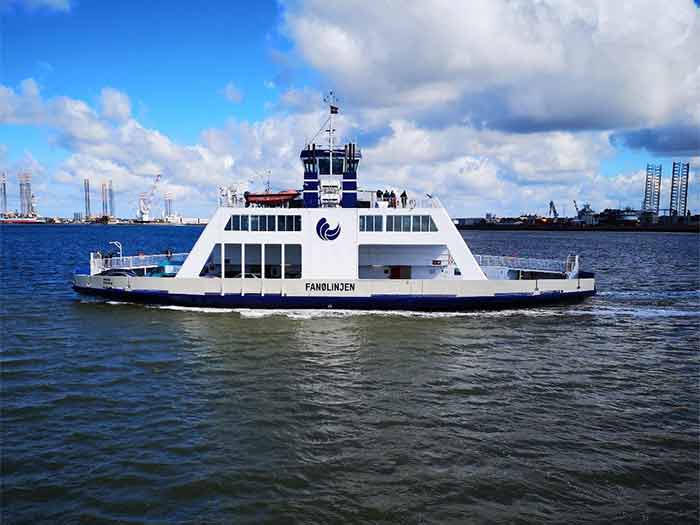