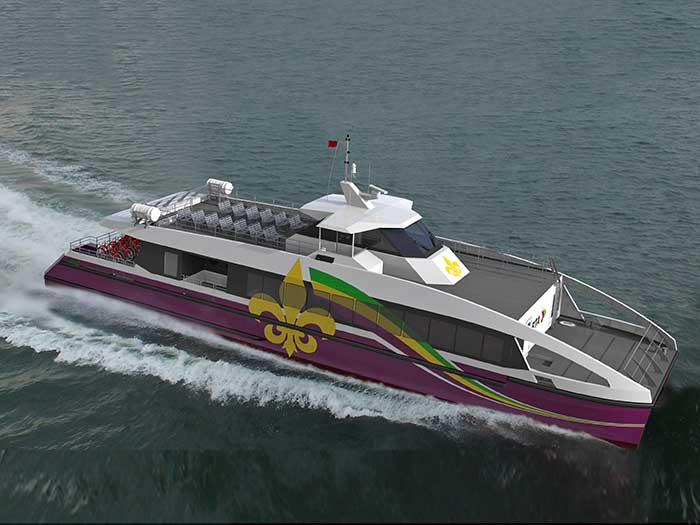 Ferries will be built by Metal Shark

BMT says it was selected due to its experience and proven designs in the fast low wash ferry sector.

“The proven eco-friendly design will greatly improve passenger comfort and have extremely low wash to provide minimal environmental impact. The ferries will be run at a service speed of 22.5 knots,” says John Bonafoux, BMT Nigel Gee’s Managing Director. “BMT has recently signed a contract for similar vessels to connect Washington D.C., Maryland and Virginia. It’s fantastic to see this design being built, which could work well on many other city routes in the United States.”

Deliveries for both vessels are scheduled for 2018.