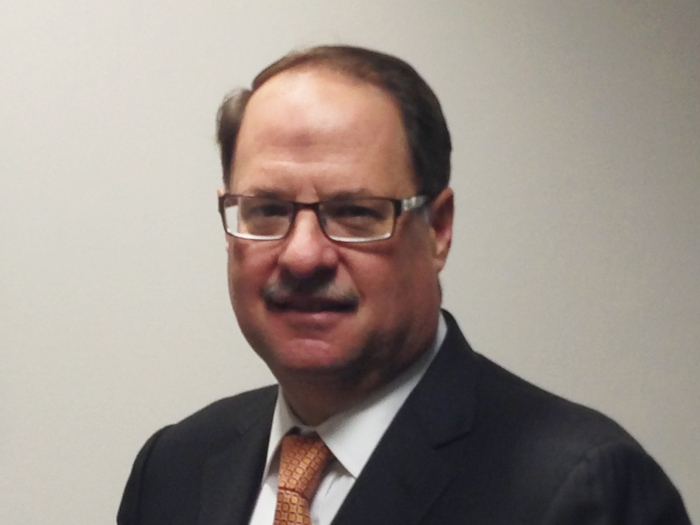 Mr. Bouchard is his family’s fourth generation to manage Bouchard Transportation Company, Inc., the largest privately owned ocean-going petroleum barge company in the U.S., operating on the East and Gulf coasts of the U.S. and in the Caribbean.

“As the highest recognition SUNY can bestow upon an individual, we are so pleased to confer the honorary degree of Doctor of Science upon Mr. Bouchard,” said Rear Adm. Michael Alfultis, president of SUNY Maritime College. “His leadership in the maritime industry, his dedication to educating the next generation of mariners and his continued support for SUNY Maritime College have been extraordinary and a great model for our students.”

Promoted to president of Bouchard Transportation at the age of 32, Mr. Bouchard continued his family’s tradition of investing in modern equipment to better serve its customers. Following the passage of the Oil Pollution Act of 1990, he instituted the country’s first double-hull barge construction program. Under his leadership, Bouchard Transportation now owns and operates the largest flat-deck double-hull petroleum barge company in the U.S.

He and his company also supported the creation of the Bouchard Transportation Company, Inc., Tug & Barge Simulation Center located in Fort Schuyler, which opened in October 2014. The center serves as a state-of-the-art training platform for students and professional mariners.

In 1976, as a high school lacrosse player, Mr. Bouchard was the first high school All-American at Half Hollow Hills School District. Following his graduation, he played varsity lacrosse for four years at Ohio Wesleyan University.

Upon his graduation from Ohio Wesleyan in 1980, Mr. Bouchard joined the operations department at Bouchard Transportation Co., Inc. In 1996, he was named president of the company and, in 1999, its CEO.

Mr. Bouchard served on Ohio Wesleyan University’s board of trustees for eight years, where he was directly responsible for upgrading two stadiums. He also served on the board of directors of Huntington/Cold Spring Harbor youth lacrosse, and was partners in converting the Cold Spring Harbor High School varsity stadium to one of the first high school turf stadiums on Long Island.

Mr. Bouchard was elected to the Maritime Hall of Fame in 2013.