The newest and largest dredge in the Callan Marine fleet, the General MacArthur, is expected to be mobilized from Galveston to Corpus Christi in the next few weeks [Image: Callan Marine].

Callan Marine’s new cutter suction dredge General MacArthur has now received its U.S. Coast Guard certificate of inspection (COI) and ABS classification. The dredge pushed off the dock in Belle Chasse, La., Saturday, May 16, and headed straight to some other Texas projects and will then transit to Corpus Christi for Phase II of that port’s channel deepening and widening project (see earlier story).

The General MacArthur is 290 feet long, and with its 180-foot idler barge attached, the dredge has a maximum swing radius of 530 feet. The beam is 72 feet, with a depth 16 feet and draft of 8 – 11 feet. The digging depth is 97 feet with a suction diameter of 34 inches and a discharge diameter 32 inches. The vessel is equipped with three CAT-MAK diesel electric engines that deliver 24,000 hp. (18,000 kw) of power.

The dredge’s idler barge was built in Sterling Shipyard, Port Neches, Texas. Its spud-carriage equipment was then installed at SPI/Mobile Pulley.

The idler barge’s dimensions are 180 feet x 54 feet x 13 feet and it will be connected to the stern of the General MacArthur when dredging in sheltered water. It is equipped with a spud-carriage and spuds that allow the dredge MacArthur to step over the dredge area as it excavates seabed material. The total stroke of the spud-carriage is 25 feet, the spuds have a length of 110 feet, and weigh 90,000 lb each.

“The General MacArthur is a complete game-changer for the dredging industry,” said Maxie McGuire, President of Callan Marine. “Her size, capability, and 100% diesel-electric application make her efficiency and productivity among the best in the U.S.A. The state-of-the-art onboard facilities offer the ultimate in crew accommodations.”

“American owned, American built and American crewed – the U.S. Jones Act dredging industry is investing billions of dollars in capital expenditures to keep America’s ports, harbors, waterways and coasts open to the flow of commerce,” said William P. Doyle, Chief Executive Officer of the Dredging Contractors of America. “Callan Marine is another shining example of American ingenuity at its best.” 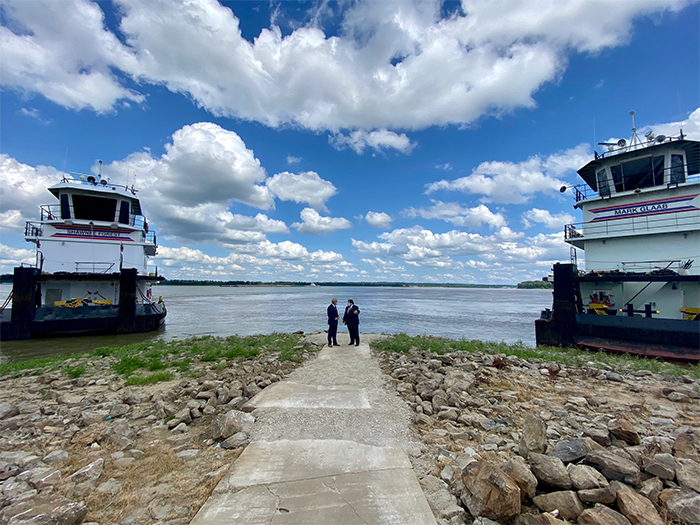 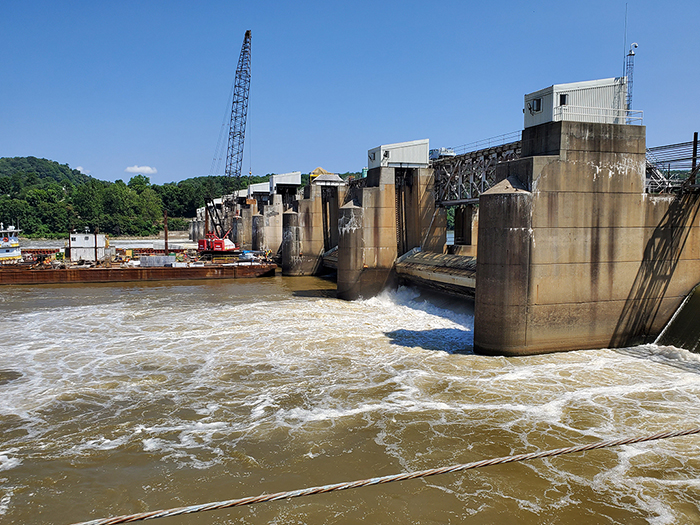