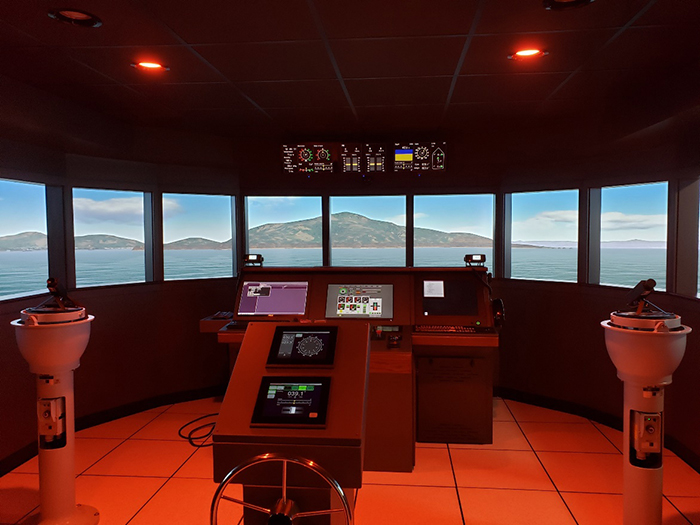 Wärtsilä has completed replacement of the Ship Analytics simulator solution at the U.S. Coast Guard Academy’s Ship Control and Navigation Training System (SCANTS) facility. The original simulator system was installed at the academy in the 1990s, and the replacement work was carried out primarily by, and in partnership with, NavSim Services, Inc., the prime contractor.

The upgrade was accomplished in two stages to accommodate the operational training schedule of the academy, and to fit within the academic breaks. The primary purpose of the facility is bridge training for academy cadets and officers preparing to take command of their own cutters. The training emphasis is on navigation, piloting, and collision avoidance. However, the inclusion of specialty modules within the Wärtsilä simulator solution also enables highly advanced training in naval operations, search and rescue, and other operational activities unique to the mission of the Coast Guard.

Designed to provide trainees with a realistic perception of operating in a real-life shipboard environment, the simulator complex utilizes an advanced physics engine and high fidelity hydrodynamic vessel modeling capabilities to replicate the behavior of vessels in various sea states, and at all speeds and environmental conditions.

The academy carries out more than 15,000 man-hours of training annually on the SCANTS complex. Its simulators are used for a wide variety of training: from teaching new cadets the basic Rules of the Road, to advanced maneuvering exercises for experienced officers.

“They needed a reliable, flexible, realistic, state-of-the-art simulator system to handle that amount and breadth of training. Upon completion of the project, we were told that the academy was extremely pleased with the results,” says Anthony Kunecki, President of NavSim Services.

After a careful analysis of the missions performed by the USCG, several functionality modules were included within the deliverables. Since the potential exists for underway replenishment at sea during operations, Wärtsilä’s high fidelity Naval UNREP training module, an advanced functionality, was included. This module will allow Coast Guard personnel to train for risky operations within the simulation environment. The Wärtsilä Model Wizard and Virtual Shipyard 2 programs were also included, allowing the USCG to not only modify area and vessel databases as needed, but enable the creation of new area and model databases as well when necessary.

With the inclusion of the Wärtsilä SAR training module, large scale search and rescue operations can be rehearsed, either on each bridge individually, or with all bridges participating in large scale, complex operations. This module provides the academy with the tools to train for emergency situations, including man overboard, lifeboat, fires and collisions.