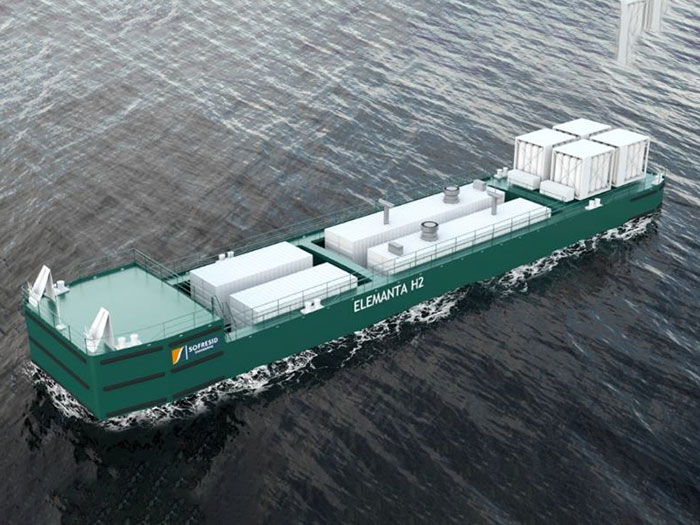 A French consortium is planning to put a multi-service power barge into operation in the Port of Rouen that would supply energy and hydrogen to ships during port calls, enabling cold-ironing and cutting down on emissions.

SAIPEM subsidiary Sofresid Engineering, which in 2019 won an environmental award for its Elementa LNG power barge concept, is to carry out the architecture and the integration of the equipment of the barge. The hydrogen bunkering capability? That, in a sense, actually will be rocket science, drawing on the expertise of ArianeGroup.

“With more than 40 years of experience with Ariane rockets, whose onboard systems and infrastructures use liquid hydrogen, ArianeGroup will support the evolution of the Elemanta concept towards higher power applications and an additional bunkering service,” says Arnaud Hibert, hydrogen technology sales manager at Ariane Group.

The partners’ objective is to standardize and replicate the power barge solution, with higher power levels, in the main European ports, which would thus become part of future major hydrogen hub projects.