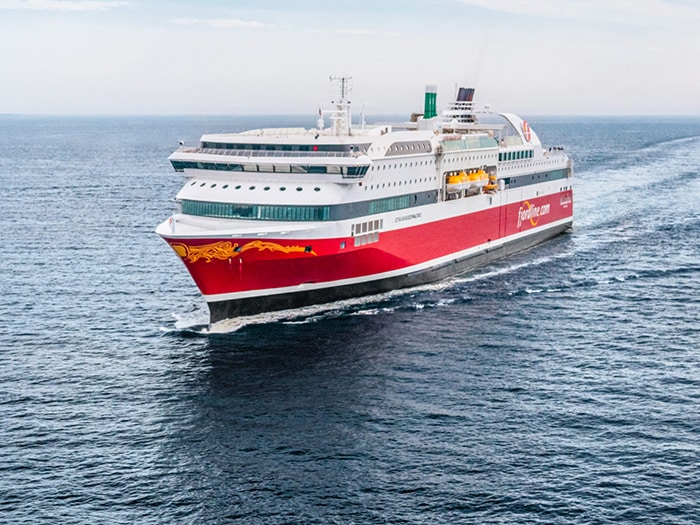 “The energy crisis, caused by the Russian invasion of Ukraine, has led to extraordinary volatility and significant price increases in LNG – and the price increases have been far higher than for traditional and less sustainable energy sources at sea,” says Fjord Line. It notes that it receives no government energy-related financial aid and says that dramatically increased energy costs for the two LNG-fueled ships are “significantly above a financially sustainable level.”

Ironically, as we reported earlier, both Stavangerfjord and Bergensfjord were originally ordered as dual-fuel vessels, but in July 2012 the shipbuilding contract was amended to make both purely LNG-fueled.

Fjord Line says that, since early fall, the LNG-fueled ships’ departures from Vestlandet in Norway, Denmark, and Langesund in Norway have been reduced and the crossing time has been increased.

“This is of course not the way Fjord Line intends to operate our routes or the desired customer offering,” says the line. “However, adjustments to our route operations were necessary as a consequence of the extraordinary high fuel costs especially on LNG.”

The two ships will be converted from single-fuel LNG-engines to dual-fuel LNG/MGO-engines during spring 2023.

The engine conversions will enables the two ships to switch between LNG and MGO (marine gas oil), which will ensure a financially sustainable operation until the LNG-price level is normalized.

“We are saddened by the need for the conversion towards use of MGO, despite Marine Gas Oil having a significant reduced emissions of sulfur than traditional fuel such as HFO (Heavy Fuel Oil). The conversion is however critical to maintain our customer offering, secure workplaces, and to secure the continued development of Fjord Line, says CEO, Brian Thorsted Hansen.

Apparently the conversions will involve a complete re-engining rather than a modification of the existing engines.

Fjord Line says that the ships are being rebuilt at Fosen Yard and the engines will be delivered by Wärtsilä.

Rebuilding of Stavangerfjord will start in January 2023 and will be finalized by the end of May 2023. Bergensfjord will be rebuilt during February to mid-June 2023.