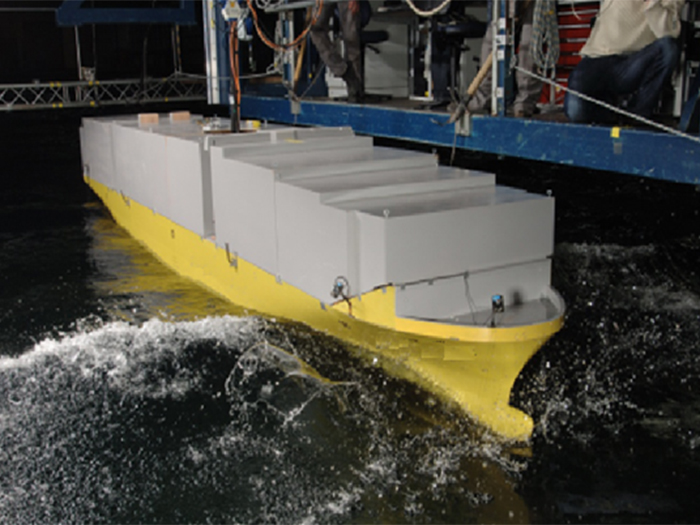 In Flume systems, roll damping tanks use a hydrodynamically controlled flow of liquid within a specially designed tank, generally filled with ballast water, to create a stabilizing moment opposing the wave moment that is causing the ship to roll. The new version automatically adjusts the level of the liquid in the roll damping tank to the current loading condition of the vessel by communication with the loading computer.

The first installation of the new system is in a 15,000 TEU containership that is under construction for CMA CGM, at China’s Shanghai Jiangnan Changxing Shipbuilding.

In addition to the automatic level optimization and resulting reduced supervision effort for the crew, the new roll stabilization system also brings all the other advantages that are typical for Flume tanks:

The newly developed automatic mode can also be retrofitted to many Flume systems already in operation without much hardware effort, says Hoppe Marine.