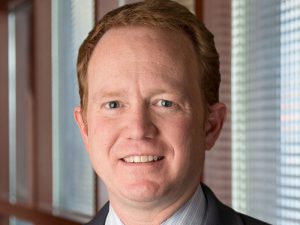 Mr. Parrott comes to Foss from sister Saltchuk company, TOTE Maritime Alaska, where he has served as President for sixteen years. In his new role as Foss’ COO, Mr. Parrott will be responsible for overseeing key operating divisions, developing and delivering on strategic plans, and optimizing day-to-day operations through implementation of best practices throughout the organization.

“We are thrilled to have John join us in our corporate office after the first of the year,” said Paul Stevens, President and CEO of Foss Maritime. “John is a maritime industry veteran who is well known to us at Foss. We look forward to having his expertise and experience on board.”

After ten years sailing aboard a wide range of vessels in trade routes around the world, Mr. Parrott began at TOTE Maritime in 1992 as the Chief Mate of the SS Northern Lights. In 1994 he came ashore, and later became the General Manager for Sea Star Stevedore, which manages the loading, discharge and terminal operations for TOTE Maritime.

In 2002, he returned to TOTE Maritime as the Alaska General Manager, where he was soon promoted to Vice President/GM, then VP of Commercial before being named President of TOTE Maritime Alaska in 2009.

In 2011 he was named a member of the Marine Transportation System National Advisory Council. He also sits on the Tacoma-Pierce County Chamber of Commerce board of directors and serves on the Seaman’s Services board of directors.

Mr. Parrott  is being succeeded as President of TOTE Maritime Alaska by Michael Noone.