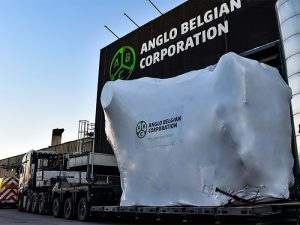 Two powerful, robust 6DL36 generator sets have left the Anglo Belgian Corporation (ABC) factory in Belgium for the Southwest Shipyard in Galveston, Texas. They are to be installed in a new, 27-inch

The Shipbuilders Council of America (SCA) has announced the recipients of its annual shipyard safety awards. Each year, SCA honors shipbuilding and repair organizations with the “Excellence in Safety,” “Improvement in Safety”, 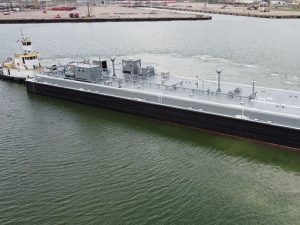 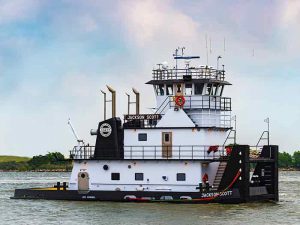 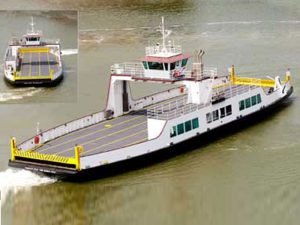 Two of this class of ferries were delivered in 2011 and construction of the latest vessel, which is a diesel-electric version, will begin this fall. EBDG will serve as the owner’s representative.

TxDOT is a long-time EBDG client, and the firm has provided support to the agency since 2008. Following the successful completion of a multi-phased design effort for the first two 28-car ferries to offer service between Port Aransas and Harbor Island, EBDG was selected by TxDOT in 2014 to provide four years of on-call support. The first project under the new contract was for the design of the diesel-electric version of the 28-car ferry.

The new ABS-classed diesel-electric ferry has a length of 161 feet overall, a beam of 52 feet, a depth of approximately 11 feet and a draft of 8 feet.

The new ferry is set to enters service in February 2017.

“EBDG is pleased to be providing the new generation of ferries for Port Aransas,” stated EBDG VP of Engineering, Brian King. “It’s nice to be once again working with TxDOT and Southwest Shipyard for the construction of another ferry. I am confident that Southwest Shipyard will do an excellent job.”