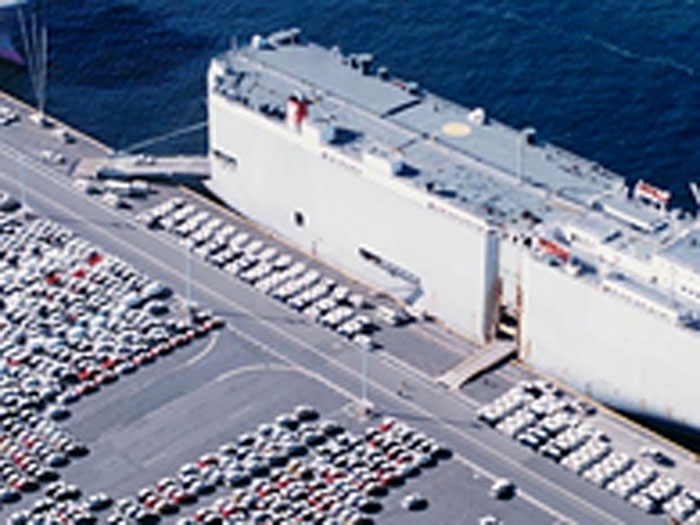 The three – Yoshiyuki Aoki, Masahiro Kato and Shunichi Kusunose – have been charged with allocating customers and routes, rigging bids and fixing prices for the sale of international ocean shipments of roll-on, roll-off cargo to and from the United States and elsewhere, including the Port of Baltimore. The affected cargo included cars, trucks, construction equipment and agricultural equipment.

Aoki, formerly of Kawasaki Kisen Kaisha (K-Line), and Kato and Kusunose, formerly of Nippon Yusen Kabushiki Kaisha (NYK), are among seven executives who have been charged in the investigation so far. Four have pleaded guilty and been sentenced to prison. NYK, K-Line and one other company have also pleaded guilty and paid more than $136 million in criminal fines.

“The companies and executives who conspired to restrict competition and raise prices for shipping these products must be held accountable,” said Assistant Attorney General Bill Baer of the Antitrust Division. “We previously charged NYK and K-Line for their role in this long-running conspiracy. Today we are continuing our effort to ensure that the executives at those companies who orchestrated the ocean shipping conspiracy face the consequences as well.”

“These felony charges indicate to those intent on corrupting our economy they will be identified and brought to justice,” said Special Agent in Charge Kevin Perkins of the FBI’s Baltimore Division. “Our job is to protect victims who don’t see these crimes occurring, but who always end up paying the price.”

The investigation is being conducted by the Antitrust Division’s Washington Criminal I Section and the FBI’s Baltimore Field Office, with assistance from the U.S. Customs and Border Protection Office of Internal Affairs, Washington Field Office/Special Investigations Unit.