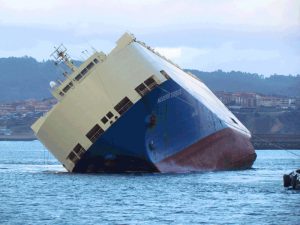 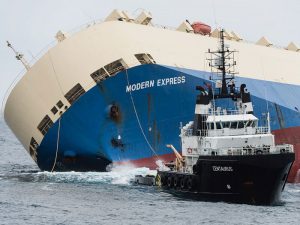 FEBRUARY 1, 2016 — France appears to have avoided what could have been an environmental disaster. A Smit Salvage team has succeeded in getting a line aboard the drifting car carrier Modern