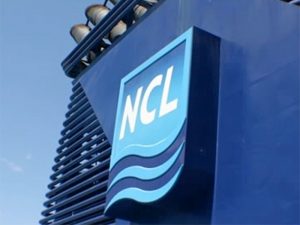 Easing many of the concerns raised in an SEC filing that we reported on earlier, Norwegian Cruise Line Holdings Ltd. (NYSE: NCLH) today reports that it has successfully secured over $2 billion 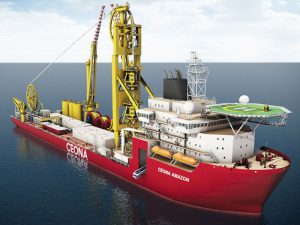 A priority will be to find a buyer for its flagship Ceona Amazon, delivered by shipbuilder Lloyd Werft, Bremerhaven, in 2014 and hailed as a game-changing deepwater subsea-tie-back and field development asset.

A signal that all was not well at Ceona came on September 4 when Norway’s GC Rieber Shipping said it had terminated a five year charter entered into in March 2014 with Ceona Chartering (UK) Ltd for the subsea vessel Polar Onyx, “by reason of Ceona’s default.”

JULY 9, 2013 — Ceona has finalized an agreement with Germany’s Lloyd Werft for the construction of a large multi-function, dynamically positioned construction vessel, the Ceona Amazon. At the contract signing ceremony