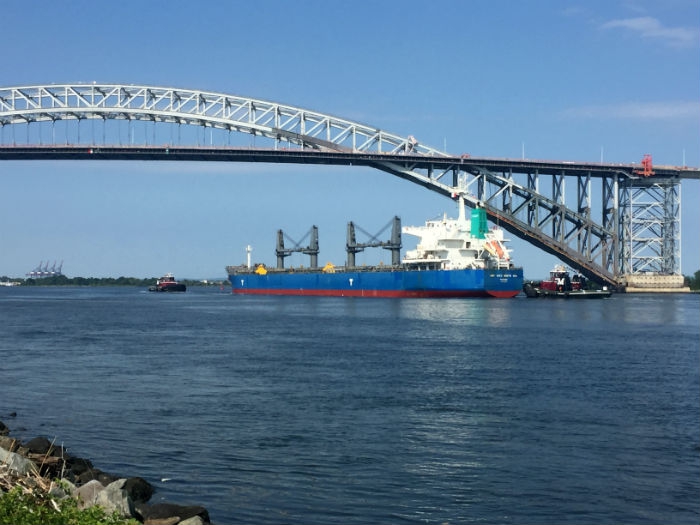 AUGUST 26, 2018 —The U.S. Coast Guard reported today that it coordinated the tow of a disabled 55,848 dwt, dry bulk carrier into the Port of New York and New Jersey after it lost propulsion over 100 miles offshore in the Atlantic Ocean on August 21.

At around 9:00 p.m. on August 21, watchstanders at Coast Guard Sector New York received a report that the Panama-flagged bulk carrier GDF Suez North Sea, with 21 crew aboard, was disabled. The Coast Guard monitored the situation over the following days as the crew attempted to repair the propulsion system.

By the night of August 23, the ship’s crew determined they were unable to affect repairs, and the Coast Guard began facilitating an offshore salvage operation. An HC-144A Ocean Sentry aircraft from Air Station Cape Cod arrived on scene at about 10:45 a.m., August 24 to establish communications with the vessel and assess its condition.

The 190m x 32.6m ship is carrying cement and classed by ClassNK. Sun Wood (Panama) is the registered owner of the ship.

The parent company of GDF Suez North Sea dispatched the tug Atlantic Salvor from the Port of New York and New Jersey to rendezvous with the vessel over 100 miles offshore and take her under tow. The Atlantic Salvor began towing operations towards New York around 12:30 p.m on August 24. Coast Guard Sector New York personnel closely monitored the vessel’s transit through busy offshore shipping lanes.

Upon arrival to Ambrose Channel, the Coast Guard directed the use of at least three tugs to tow the disabled vessel into New York Harbor and to its berth in Newark.

“There is nothing routine about taking a loaded freighter under tow offshore and bringing her safely into port,” said Capt. Jason Tama, Commander of Coast Guard Sector New York. “This was a successful team effort involving a number of port partners and commercial salvage assets from the Port of New York and New Jersey. We are grateful to all involved for their professionalism and duty to protect the crew, the vessel, and the port.”

The vessel is carrying cement cargo. The cause of the vessel’s loss of propulsion is under investigation. 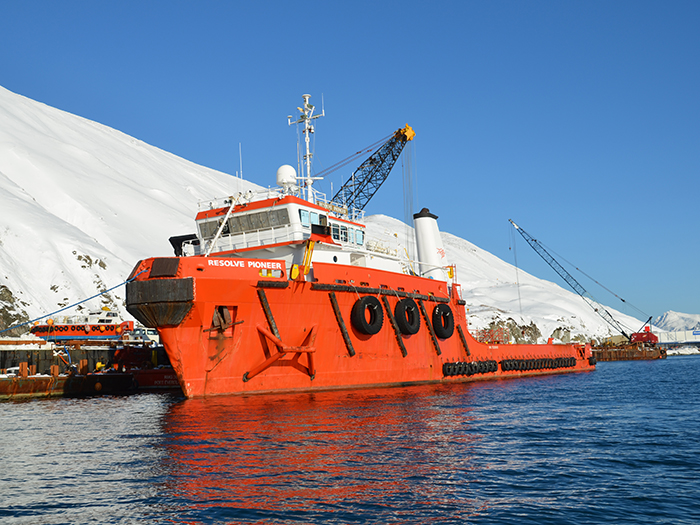 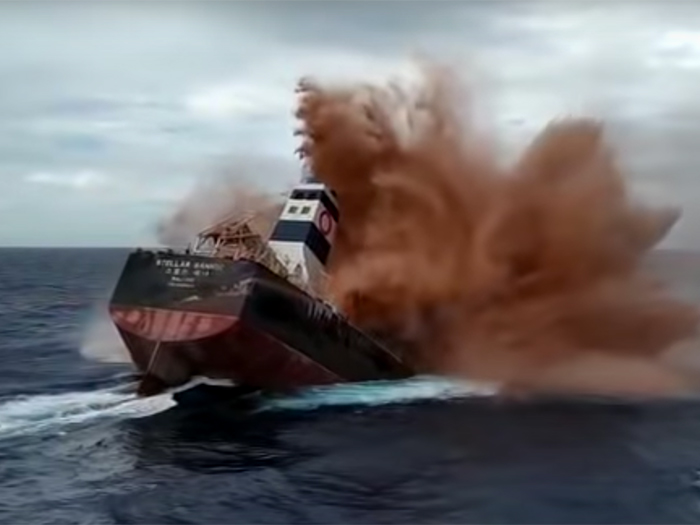 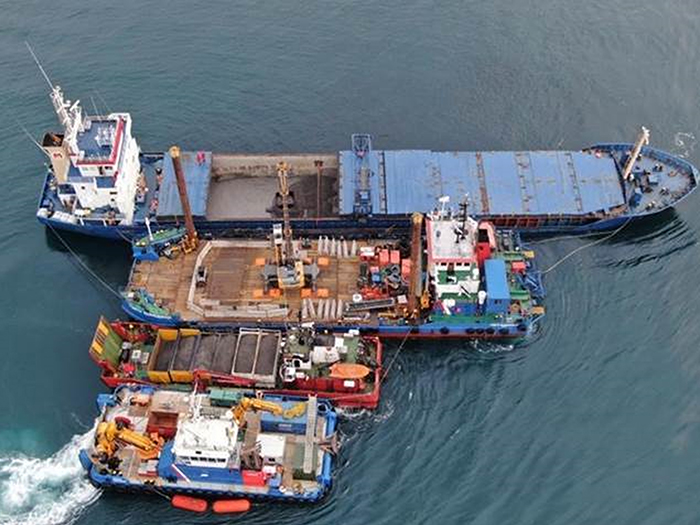 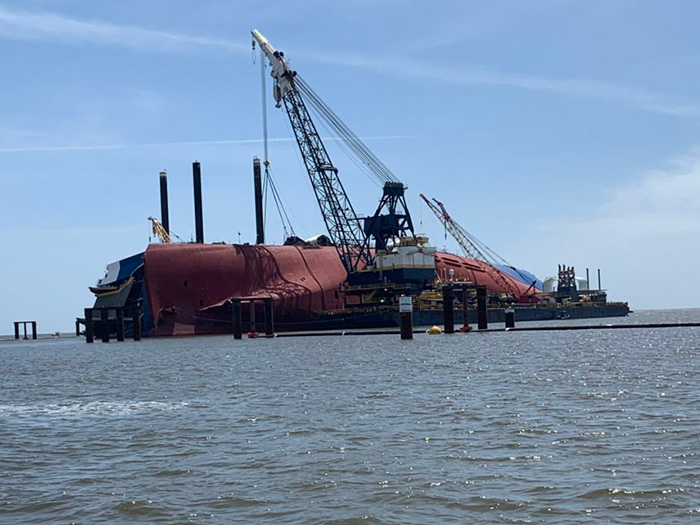