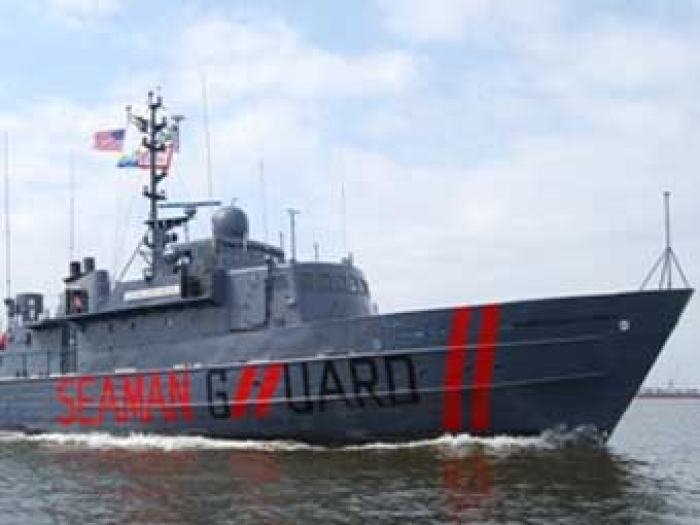 NOVEMBER 27, 2017 — The Times of India reports that the Madurai bench of the Madras high court today acquitted all 35 crew members and guards of the anti-piracy ship Seaman Guard Ohio of all charges under which they have been held since October 2013 (see earlier story).

Those acquitted include the ship’s captain, Dudnik Valentyn, and six British armed security guards, who had become known as the Chennai Six.

The Seaman Guard Ohio was impounded and the crew and guards on board were detained in October 2013 after the ship allegedly entered Indian waters with “illegal arms without adequate permission.”

In January 11 last year, the Tuticorin district and sessions court sentenced all the crew members to five years rigorous imprisonment and imposed a fine of Rs 3,000 on each of them. The crew members, then filed appeals in the high court.

In his judgement setting aside the trial court verdict, reports the Times of India, Justice A. M. Basheer Ahamed said that the prosecution had failed to prove that the Indian Coast Guard intercepted the vessel on October 12, 2013 within the territorial water of India. The prosecution had also failed to prove that the ship had been engaged in any activities prejudicial to the peace, good order and security.

The Times of India says that, of the 35 people acquitted, 12 Indians are in Palayamkottattai prison and 23 foreign nationals (14 Estonians, six British nationals and three Ukrainians) are in Chennai Puzhal prison.