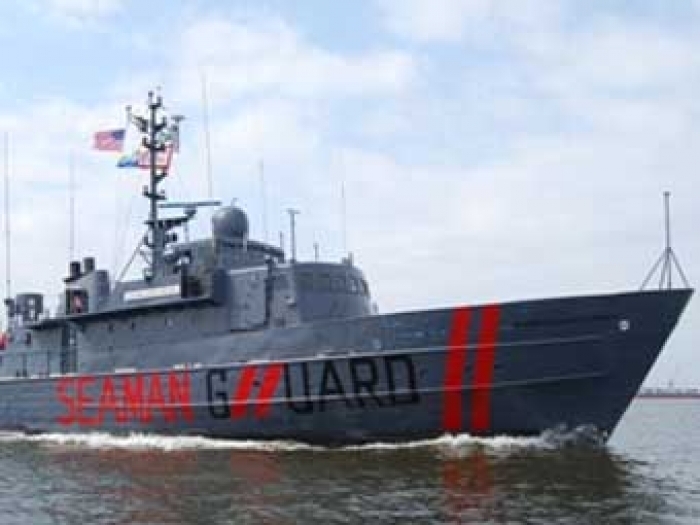 JULY 11, 2014 — The Madras High Court yesterday quashed the criminal case against all 35 crew members and security guards of the Seaman Guard Ohio, the ship used by U.S.-based maritime security firm AdvanFort International as an accommodation platform for counter-piracy guards between transits on commercial vessels transiting the High Risk Area in the Indian Ocean. The ship was seized by Indian authorities on October 12, 2013.

The Times of India says that Justice P N Prakash, made it clear that they could not be tried under the stringent Arms Act, saying: “I hold that the anchoring of MV Seaman Guard Ohio within our territorial sea was out of necessity and their action is saved by the principle of ‘innocent passage’ contemplated by Section 4(1) of the Territorial Waters, Continental Shelf, Exclusive Economic Zone and Other Maritime Zone Act, 1976 and Article 18 and 19 of UNCLOS. Therefore, the crew and the security guards cannot be prosecuted for an offense under the Arms Act.”

“The ship had made a distress entry into our waters in search of food and fuel. It anchored at the outer port limit of Tuticorin port and was waiting for supplies,” said Justice Prakash. “When the Coast Guard questioned them, they admitted straight away that there were arms and ammunitions on board the ship. The ship was brought into the Tuticorin port for further investigation by the Indian Coast Guard. After having brought them to our port for investigation, they cannot be prosecuted for violation of the notification.”

Though 33 of the Seaman Guard Ohio 35 were eventually released on bail in March, Captain Dudinik Valentyn and Tactical Deployment Officer Paul David Dennish Towers were denied it. Captain Valentyn still faces a separate charge relating to alleged illegal bunkering, but AdvanFort says that he will now be eligible for bail on that count.