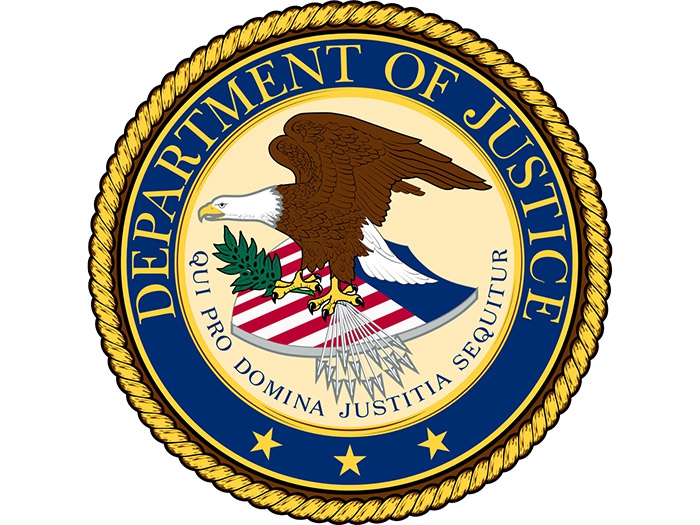 SEPTEMBER 7, 2018 —The United States filed a civil enforcement action against Azure Fishery LLC, the company’s managers, the operator of the commercial fishing vessel Jaxon T, and the new owner of the vessel for violations of the federal Clean Water Act, the Department of Justice and U.S. Coast Guard announced today.

Along with the filing of the complaint, the U.S. also lodged a partial settlement to resolve the claims against the two company managers, Hanh Nguyen and Khang Dang, who have agreed to pay $475,000 in civil penalties and reimbursements.

The managers also committed to perform operational improvements and other compliance measures to their entire fleet of 25 longline fishing vessels based in Honolulu. The claims against the rest of the defendants remain for future adjudication.

The complaint alleges willful discharges of oil, including oily bilge water, from the commercial longline fishing vessel Jaxon T, now known as the St. Joseph, into the ocean offshore of Hawaii, as well as related violations of the Coast Guard’s longstanding spill prevention and pollution control regulations, including failure to provide sufficient capacity to retain all oily mixtures on board.

The complaint further alleges that in order to extend the length of fishing voyages, the defendants routinely pumped a mixture of fuel oil, lubricating oils, water, and other fluids from the vessel’s engine room bilge into the Pacific Ocean rather than retain the waste on board.

The U.S. alleges that Azure Fishery LLC and the company managers and vessel operator are each liable for civil penalties under the Clean Water Act for discharging oily mixtures into the waters off Hawaii.

The United States also seeks injunctive relief from these same defendants and Linh Fishery LLC, the current owner of the vessel.

“A thriving commercial fishing sector in Hawaii and other parts of the United States largely depends upon keeping our ocean environments free of harmful pollution,” said Acting Assistant Attorney General Jeffrey H. Wood for the Justice Department’s Environment and Natural Resources Division. “Today’s action shows that the Justice Department is as committed as ever to enforcing the nation’s vessel pollution laws in close partnership with the U.S. Coast Guard.”

“This is the fourth case we have brought this year involving illegal oil discharge practices in the Honolulu-based longline fishing fleet,” said Rear Adm. Kevin Lunday, Commander, Coast Guard 14th District. “All vessel owners and operators are responsible for maintaining their vessels and preventing illegal discharges of oily wastes into the ocean. We are committed to the people of Hawaii to protect our waters and the Pacific Ocean from the damage caused by illegal pollution.”

The complaint further alleges that company managers Nguyen and Dang fraudulently transferred the vessel to the current owner, Linh Fishery LLC, shortly after the Coast Guard discovered the violations in March 2017.

Because the sale of the vessel and distribution of the proceeds to company members rendered Azure Fishery LLC insolvent and thus otherwise unable to pay a civil penalty, the complaint seeks recovery of the value of the fraudulently transferred vessel from the beneficiaries of the transfer, Linh Fishery LLC, Hanh Thi Nguyen, Khang Nguyen Dang, and Tuan Ngog Hoang, under the Federal Debt Collection Procedures Act (“FDCPA”), 28 U.S.C. § 3001 et seq.

Contemporaneously with the filing of the complaint, the U.S. has lodged a partial consent decree addressing the claims against company managers Nguyen and Dang.

Under the settlement, Nguyen and Dang will each pay $211,000 for the Clean Water Act penalty claims against them and they will jointly pay an additional $53,000 for their apportioned share of the fraudulent transfer claim under the FDCPA.

They will also perform corrective measures across their fleet of 25 Hawaii-based longline fishing vessels. The corrective measures are designed to ensure safe and lawful operations going forward and include (1) repairing the vessels to reduce the quantity of oily waste generated during a fishing voyage; (2) obtaining independent verification of repairs; (3) providing crew members with training on the proper handling of oily wastes; (4) documenting proper oily waste retention during voyages and disposal after returning to port; and (5) submitting periodic compliance assurance reports to the Coast Guard and the Department of Justice.

Section 311(b) of the Clean Water Act makes it unlawful to discharge oil or hazardous substances into or upon the waters of the United States or adjoining shorelines in quantities that may be harmful to the environment or public health. Under the act, the Coast Guard also has promulgated spill prevention and pollution control regulations for vessels and other facilities. Overboard discharges of oily mixtures, whether by directly pumping out oily bilge water that has not been properly treated, or by attempting to pump only the portion of the oily bilge water beneath a floating oil layer in the bilge (so-called decanting), has long been unlawful under federal law. Eliminating oil discharges into the ocean helps protect people, birds, fish, marine mammals, sea turtles and other natural resources.

Under the terms of the Clean Water Act, the penalties paid for these violations will be deposited in the federal Oil Spill Liability Trust Fund managed by the National Pollution Funds Center. The Oil Spill Liability Trust Fund is used to pay for federal response activities and to compensate for damages when there is a discharge or substantial threat of discharge of oil or hazardous substances to waters of the United States or adjoining shorelines.

The proposed partial consent decree, lodged in the District of Hawaii, is subject to a 30-day public comment period and court review and approval. Copies of the consent decree are available on the Department of Justice website at www.justice.gov/enrd/Consent_Decrees.html.