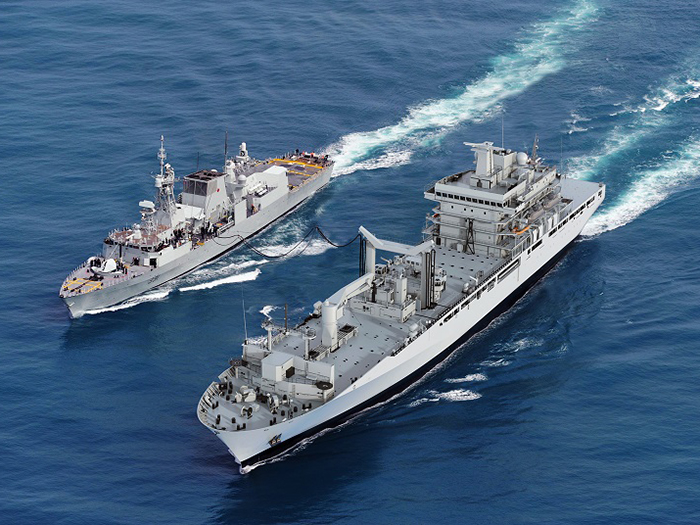 The Government of Canada has awarded a performance-based National Shipbuilding Strategy contract to Seaspan’s Vancouver Shipyards for the full construction of two joint support ships (JSS). Valued at CAD 2.4 billion (about US$1.76 billion), this contract will allow the transition to full-rate construction of the first ship, the construction of early blocks for which began in June 2018, and then the second ship.

The JSS will deliver fuel and other vital supplies to vessels at sea, offer medical and dental services, and provide facilities for helicopter maintenance repair.

The two vessels in the RCN’s legacy refueling fleet just could not struggle on to reach what now appear to have been hopelessly over extended retirement targets. The last of them, HMCS Protecteur was retired after sustaining serious damage in a fire in February 2014. An extensive assessment concluded that the ship was damaged beyond economical repair.

Since 2017, fleet support services have been provided to the Royal Canadian Navy by Asterix, the Resolve-Class Naval Support Ship created by Davie Shipbuilding by converting an existing containership and leased to the Canadian Government through Davie’s sister company Federal Fleet Services.

The design contract for the two Protecteur-class JSS vessels was awarded in February 2017, and early build construction began in June 2018.