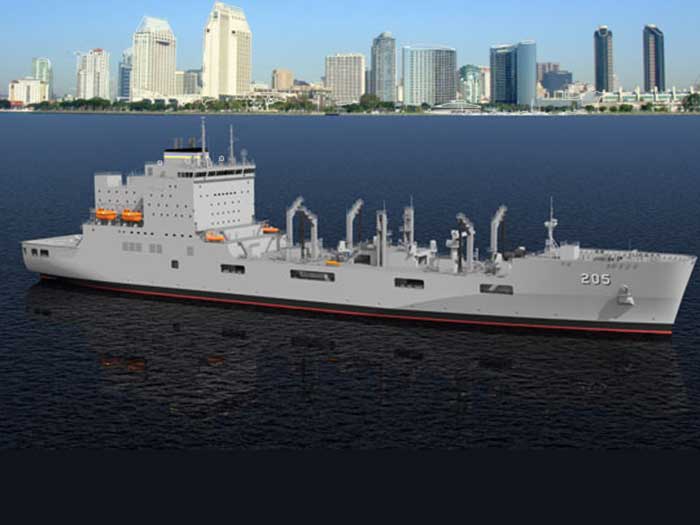 At present, the U.S. Navy has ordered the lead ship, with options for five more, to be built by General Dynamics National Steel and Shipbuilding Co. (NASSCO) in San Diego over the next six years. Ultimately the program will include 17 ships, constructed over the next 17 years.

Rolls-Royce will supply two Kamewa 150A controllable pitch propellers for each ship along with two Bergen B32:40xL8A generator sets.

Don Roussinos, Rolls-Royce, President – Naval, said: “We are extremely proud to have been chosen to supply mission critical power and propulsion equipment to the US Navy’s new fleet of replenishment oilers. This contract renews our long-standing relationship with General Dynamics’ NASSCO shipyard in San Diego, where construction of the first vessel will commence next year.

“Rolls-Royce controllable pitch propellers, produced at our facility in Walpole Massachusetts, have been powering the U.S. Navy fleet for many years, and we’re delighted that the John Lewis Class will continue this for decades to come.”