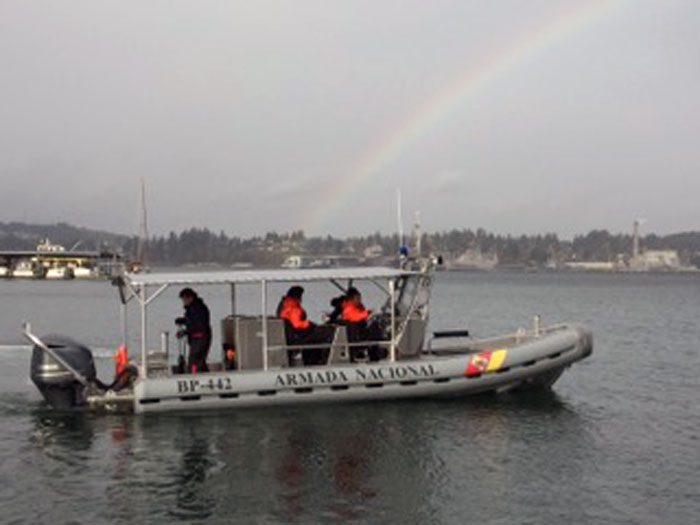 NOVEMBER 19, 2015—SAFE Boats International, Bremerton, WA, will build a series of Type-F Riverine Interceptor Vessels under a contract with the Colombian Navy and Coast Guard.

Under the contract, SAFE Boats will deliver a shallow draft, aluminum, high-speed intercept vessel designed to provide tactical mobility and support in opposed riverine and littoral environments. The vessel will perform missions of offensive patrolling, combat drug trafficking, piracy, arms and explosives smuggling and can conduct vessel-to-vessel boarding operations to guarantee the security of commercial shipping lines within Colombia.

“We and our partners SHOXS Seats, Furuno Electronics, Yamaha Motors and Boat Master Trailers are grateful to be selected and entrusted with this program by the Colombian Navy/Coast Guard,” says John Hotz, Director of Sales for Latin America and the Caribbean. “The Colombian Coast Guard currently has over 20 SAFE Boats in service. We have worked very close with the Colombian military to understand just how aggressive and remote their missions can be and to develop a boat that will significantly enhance their patrol and interdiction capabilities on the large rivers of Colombia.”