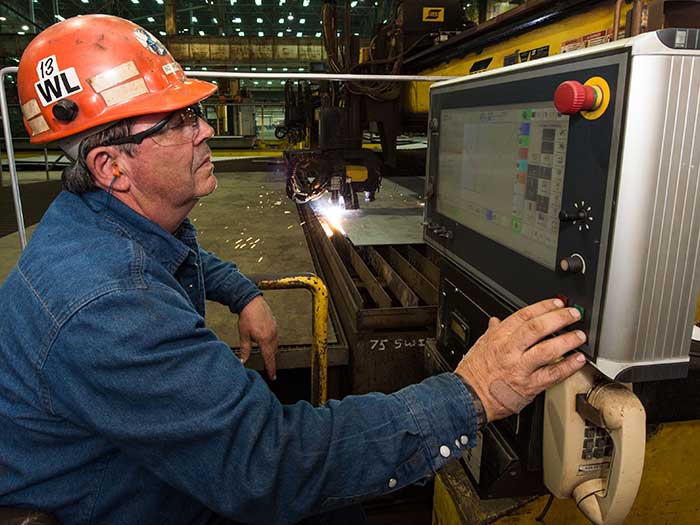 “Starting fabrication on another destroyer is a great way to start the year,” Ingalls Shipbuilding President Brian Cuccias said. “Ingalls has delivered 29 of these ships to the U.S. Navy, and our hot production line continues to improve the construction process. The ships are tremendous assets to our country’s fleet, and we look forward to delivering another quality destroyer to the Navy.”

The ship is named in honor of Lenah H. Sutcliffe Higbee, the first woman to receive the Navy Cross. Higbee joined the U.S. Navy in October 1908 as part of the newly established Navy Nurse Corps, a group of women who would become known as “The Sacred Twenty,” and became the second superintendent of the Navy Nurse Corps in January 1911.

Lenah H. Sutcliffe Higbee is the fourth of five Arleigh Burke-class destroyers HII was awarded in June 2013. The five-ship contract, part of a multi-year procurement in the DDG 51 program, allows Ingalls to build ships more efficiently by buying bulk material and moving the skilled workforce from ship to ship.

With the start of Lenah H. Sutcliffe Higbee, Ingalls has five destroyers under construction. Ralph Johnson (DDG 114) will undergo sea trials later this year and is scheduled to be delivered by the end of the year. Paul Ignatius (DDG 117) will be christened on April 8. Delbert D. Black (DDG 119) will launch later this year, and Frank E. Petersen Jr. (DDG 121) will lay its keel in the first quarter of this year.