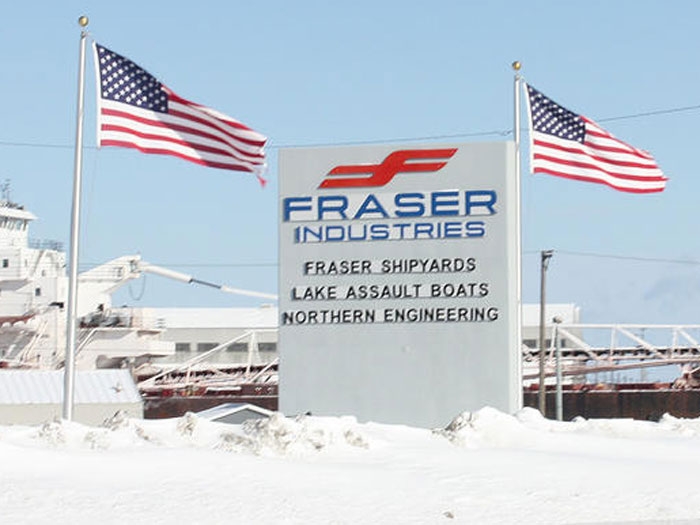 JANUARY 29, 2014 — Fraser Shipyards, on the west end of Lake Superior, in Superior, WI, is planning for the third phase of a facility modernization plan.

A Superior Telegram report by Shelley Nelson says that the City Council of Superior has approved a resolution to apply for a grant through the Wisconsin Department of Transportation’s Harbor Assistance Program. The $2.9 million grant would cover 80 percent of the proposed $3.6 million project to extend the existing sheet-pile dock wall at Fraser, which would allow ships to more readily access the berthing area.

The third phase is part of a $10 million, three-phase plan to expand the 123-year-old shipyard. Phase 1 was supported with $4.7 million of state funding. The second phase, which should be completed shortly, was awarded $2 million in federal funding.

“We have to update in order to accommodate,” the Superior Telegram reports Tom Curelli of Fraser Shipyards as saying..

The shipyard was originally built to handle much smaller vessels than today’s 700- to 800-foot average ship, and the project is needed to ensure the shipyard’s viability into the future.

With 10 vessels in the port this year, the berthing area for those ships is virtually exhausted. Phase Three will help establish 2,000 linear feet of dockage.

“If we squeeze it just right, we can get three vessels in there,” the report quotes Mr. Curelli as saying, adding that “each vessel in there can be up to 15,000 to 20,000 man hours of work, and we use this to sustain us.”