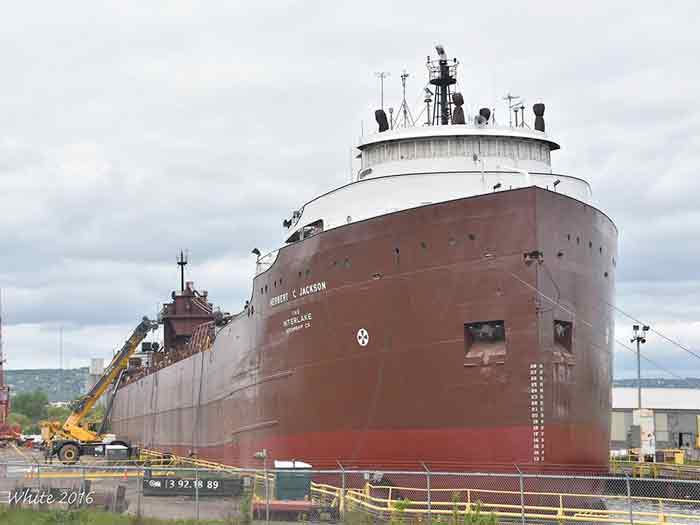 JANUARY 5, 2017 — Fraser Shipyards Inc., Superior, WI, has reportedly reached a settlement with the U.S. Department of Labor’s Occupational Safety and Health Administration (OSHA) in a case relating to employee exposure to lead paint and other contaminants during work on the Great Lakes freigher Herbert C. Jackson. OSHA had proposed that the shipyard pay penalties of $1,395,000 (see earlier story).

Wisconsin media reported today that Fraser Shipyards has announced a settlement that will see it pay a penalty of $700,000 and which will include new health and safety management programs, additional worker protections and regular OSHA inspections.

Wisconsin Radio Network (WRN) says that the settlement was reached after a conference between Fraser, OSHA and the shipyard union. It provides that Fraser does not admit to fault or liability for the alleged violations.

According to WRN, James Farkas, President and Chief Operating Officer for Fraser Industries, says the shipyard appreciated the opportunity to work with OSHA in a joint commitment to the health and safety of all workers at Fraser Shipyards.

Director of Health and Safety Services for the International Brotherhood of Boilermakers, Mark Garrett, says the union appreciated the responsiveness of Fraser in working with the union to get the issue resolved.