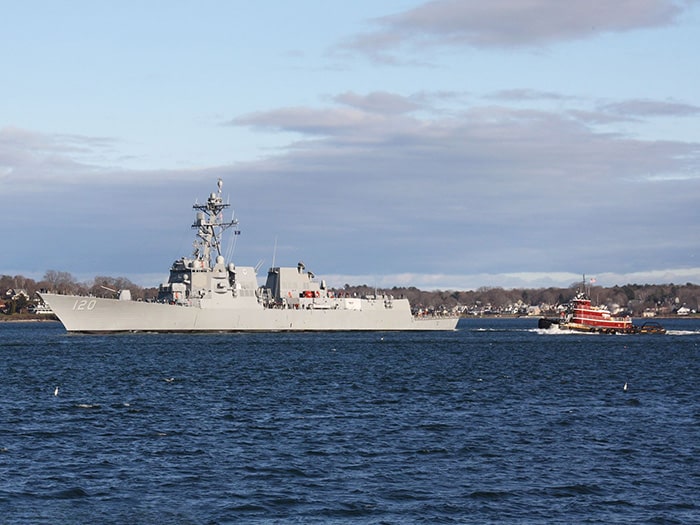 “The only thing more powerful than a person with a can-do attitude is a team with a can-do attitude,” said BIW president Chuck Krugh. “This team made it happen! This ship set a new standard for what to expect from a BIW ship on sea trials. I’m proud of our shipbuilders, who produced another ship we are proud to call Bath-built!”
.

During acceptance trials, the ship and its crew performed a series of demonstrations for review by the U.S. Navy’s Board of Inspection and Survey (INSURV). These demonstrations are used by INSURV to validate the quality of construction and compliance with Navy specifications and requirements prior to delivery of the ship to the U.S. Navy. Many of the ship’s onboard systems, including navigation, damage control, mechanical and electrical systems, combat systems, communications, and propulsion applications, were tested to validate performance met or exceeded Navy specifications.

“The future USS Carl M. Levin performed exceptionally at sea and is ready to deliver to the Navy early next year,” said Capt. Seth Miller, DDG 51 program manager, Program Executive Office (PEO) Ships. “The Navy is excited to welcome yet another of these multi-mission warships to our sailors.”

DDG 120 is named for the late Senator, Carl M. Levin, who served in the U.S. Senate for 36 years from 1979-2015. As the longest serving senator in Michigan state history, Levin became a staunch supporter of the armed services through his work and leadership as Chairman and Ranking Member of the Senate Committee on Armed Services.