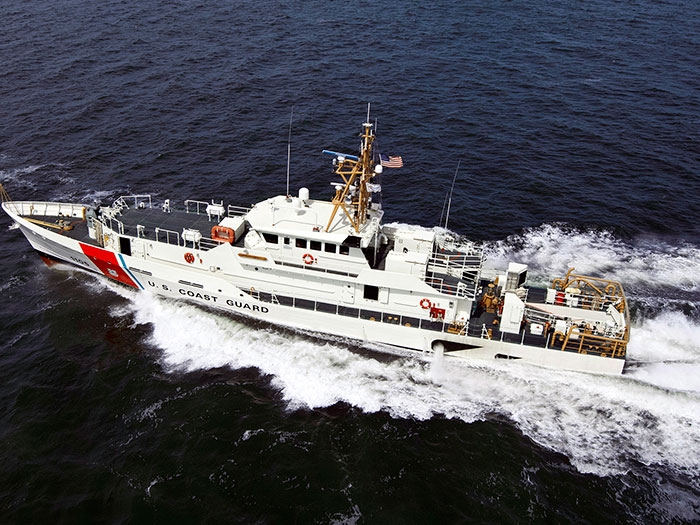 The Coast Guard took delivery of the cutter today in Key West, FL, and is scheduled to commission the vessel in Puerto Rico in August.

“We are very pleased to announce the delivery of the latest FRC built by Bollinger Shipyards, the USCGC Joseph Tezanos, to the U.S. Coast Guard,” said Bollinger President and CEO Ben Bordelon. “The fleet of FRCs already in commission have more than proven their worth with tons of narcotics seized, thousands of illegal aliens interdicted and many lives saved. We at Bollinger Shipyards are looking forward to hearing of the heroic exploits of the Joseph Tezanos as it joins the Coast Guard’s operational fleet.”

The 154 foot patrol craft is the eighteenth vessel in the Coast Guard’s Sentinel-class FRC program. Based a proven, in-service parent craft design based, the Damen Stan Patrol Boat 4708, the FRC has a flank speed of 28 knots, state of the art command, control, communications and computer technology, and a stern launch system for the vessel’s 26 foot cutter boat.

The FRC has been described as an operational “game changer,” by senior Coast Guard officials.

Each FRC is named for an enlisted Coast Guard hero. This vessel is named after Coast Guard Hero Joseph Tezanos, who was awarded the Navy and Marine Corps medal for heroism while leading the rescue of more than 40 injured service members following the explosion of a Navy LST in Pearl Harbor, Hawaii in 1944. 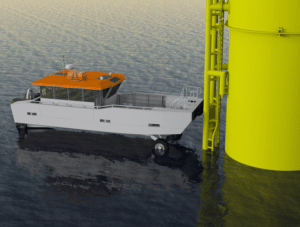