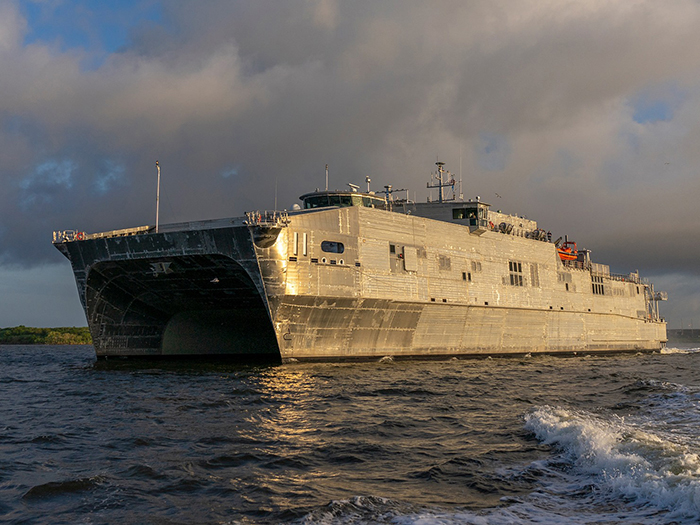 Austal USA has been developing variants of the Expeditionary Fast Transport Vessel (above) and unmanned vessels (Image: Austal USA)

In a filing with the Australian Securities Exchange today, Austal Limited (ASX:ASB) said it had been advised that it had not been awarded the contract to construct Guided-Missile Frigates FFG(X) for the U.S. Navy.

Austal was in a four-way competition to construct the FFG(X), proposing an enhanced version of the Littoral Combat Ship (LCS) it is currently manufacturing for the U.S. Navy.

Austal CEO David Singleton said while the award of the contract to an alternate bidder was disappointing, Austal would focus on existing construction program and identifying new opportunities for its Alabama shipyard.

“We have contracted orders for Littoral Combat Ships and Expeditionary Fast Transport vessels (EPF) that extend through to 2024 and a portfolio of opportunities we have been developing for some time, including EPF variants and unmanned vessels, which are the future of naval warfare,” Singleton said.

“In addition, we had made the building of our support business a strategic focus, which will provide revenue and opportunities for many years to come.”