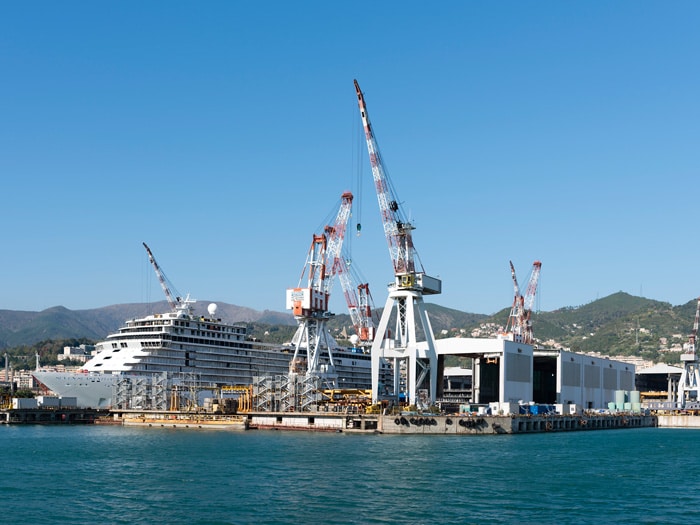 Russia’s invasion of Ukraine is having repercussions in the Baltic. Already, Finland and Sweden have sought to join NATO. Now, long-time NATO member Denmark is planning to invest up to DKK 40 billion (about $5.4 billion) in new warships.

Germany Chancellor Olaf Scholz, meanwhile, in July announced that the country would make a one-off injection of $100 million into defense this year and from now on will invest more than two percent of its gross domestic product in defense. There are already indications that this will include increased naval spending.

Unwelcome as the wakeup call may be, these sorts of announcement are good news for European shipyards, which continue to have a dwindling share of the world orderbook in tonnage terms—lagging far behind Asian yards.

The statistics, of course, do not tell the whole story. The European shipbuilding industry still has an annual production value of about $43 billion, and naval vessels and other complex and advanced vessels, notably cruise ships, account for much of it.

Something else to bear in mind is that, according to trade association SEA Europe, Europe is home to 22,000 big, small or medium-sized marine manufacturers and suppliers that hold a 50% share of the worldwide marine equipment market—and equipment can account for upwards of 40% of a ship’s cost.

Still, over the years, Europe has lost a significant share of its capacity to build large ships and this could present challenges as it looks to strengthen naval capabilities. Denmark has set up a government-industry partnership charged with addressing this problem.

Two of the objectives set for the partnership make it clear that beefing up Denmark’s shipbuilding capabilities and capacity will be key. According to the Danish Ministry of Defense, the new, national partnership for the maritime area must ensure coordination across the state, industry, professional organizations and financial institutions. This applies, among other things, to the work to strengthen Denmark’s national shipbuilding capacity.

The partnership must prepare an analysis that results in concrete recommendations on how to best nationally support the Norwegian Armed Forces’ long-term needs for ship procurement—among other things by ensuring that Denmark has the skills to design, build and maintain warships.

The most recent additions to the Royal Danish Navy, its three Iver Huitfeldt-class frigates, were constructed in blocks in Estonia and Lithuania. These blocks were then towed to the Maersk Group’s Odense Steel Shipyard (OSS) where they were assembled. Following their delivery in 2012, the yard was closed and became an industrial park dedicated to the offshore renewables sector.

That industrial park is not all that’s left of the shipyard. Consultancy OMT (Odense Marine Technology) was spun off in 2010 to take the yard’s technology, expertise and experience into evolve into a leading international maritime consultancy. Not surprisingly, OMT is part of the team selected by the U.K. Ministry of Defense to develop the Type 31 general-purpose frigate, which just happens to be based on the Iver Huitfeldt-class.

If frigates are in Denmark’s plans, don’t be surprised if part of the Odense yard finds itself back in the shipbuilding business.

Meantime, in Germany, the problems of the cruise industry, and in particular of Genting Hong Kong and its Crystal Cruises subsidiary came home to roost this January when the Genting’s German shipbuilding subsidiary MV Werften filed for insolvency.

Dr. Christoph Morgen of law firm Brinkmann & Partner was appointed insolvency administrator and lost little time in getting things moving. The firm reported that two of MV Werften’s yards had been sold by March 5. The city of Stralsund acquiring the Stralsund yard, with plans to locate a large number of maritime companies at the site. Lloyd Werft in Bremerhaven was sold to a consortium of bidders consisting of the Rönner and Zech Group, which plans to operate as a conversion and repair shipyard.

Now, here’s where Germany’s plans to up its defense spending get interesting. Thyssenkrupp Marine Systems acquired the Wismar yard and could be producing submarines there by 2024. The yard could also be used to build naval surface ships if orders are received in that area. The fourth MV Werften yard, in Rostock, was sold to the German government on July 7. It plans use the yard as a naval supply and maintenance base.

German insolvency proceedings work very differently than U.S. Chapter 11 bankruptcies and Dr. Morgen has a track record of successes in sorting out shipyard insolvencies under German law. These include helping shepherd one of the world’s leading specialist RO/RO builders Flensburger Schiffbau-Gesellshaft (FSG) into new ownership and back into production some two years ago. The yard is currently building an LNG-fueled RO/RO for Tasmania based operator SeaRoad and just last month its managing director, Philipp Maracke, was in Canada signing an MoU with Newfoundland-based Oceanex that could lead to the construction of a sustainable ConRo vessel. FSG also has a track record in building naval vessels, notably logistics support ships

MV Werften was set up as a late comer to the cruise ship construction seen when Genting Hong Kong saw the need for a fourth major European shipbuilder to meet its lofty newbuilding ambitions for Crystal Cruises. We plan to cover cruising in some depth in our next issue, but it looks like the three major European players in this area—the Meyer Group, Chantiers de l’Atlantique and Fincantieri—are successfully handling the transition to an order intake that’s still impacted by cruising’s recovery from its pandemic-induced shutdown.

Interestingly, both Chantiers de l’Atlantique and Fincantieri are ultimately owned by the French and Italian states, respectively, and both are significant naval shipbuilders.

Fincantieri is also another reminder of why shipbuilding statistics are somewhat misleading in showing Europe as ranking in the number five spot after China, South Korea, Japan and “other.” That’s because a significant chunk of that “other” is owned by European shipbuilders—among them Fincantieri.

A giant on the European shipbuilding stage, Fincantieri has 18 shipyards. Nine of these are in Italy, three in Norway (the Vard yards), two in Romania, one in Vietnam, one in Brazil—and, of course, three are in the U.S.

Another European player with a big global footprint is family-owned Damen. It has eight newbuilding yards in the Netherlands, two in Poland, two in Romania, and one yard each in Turkey, the UAE, Qatar, South Africa, and Vietnam. It also has two newbuilding yards in China.

Then there’s its ship repair presence, with eight repair facilities in the Netherlands, two in France and one each in Sweden, Curaçao, and the UAE.

While Europe may be pretty much out of the business of constructing big basic ships like tankers and bulk carriers, where its shipyards excel is in building specialized vessels and lately the offshore wind industry has been creating a need for any number of those. Likewise, the European ferry sector continues to create a market for ever-greener vessels.

Dredging, too, is a sector where Netherlands shipbuilders have long been leaders. Getting into the specifics of who is building what and where in these sectors is beyond our scope here, but the bottom line is that European shipbuilding is alive and continuing to produce interesting tonnage. 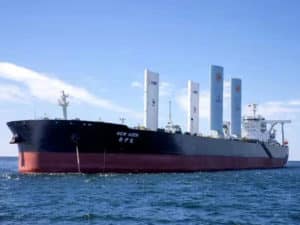