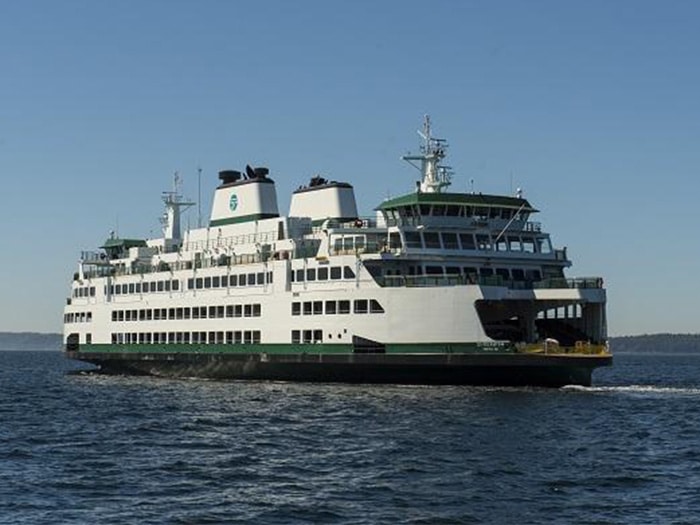 Speakers at Marine Log’s upcoming FERRIES 2022 will include Matt von Ruden, administrator of Washington State Ferries’ (WSF) electrification program. On November 2, Day 2 of the conference, he will speak on WSF’s journey to going hybrid electric.

Operating the largest ferry system in the U.S., WSF is also the biggest contributor of greenhouse gas emissions from a state agency in Washington—burning 19 million gallons of diesel fuel to support 24 million passengers each year. This puts WSF in a unique position to make a major reduction to the state’s airborne pollution and greenhouse gas emissions by electrifying its ferry fleet. By 2040, ferry electrification will reduce carbon emissions by 76% and significantly improve local air quality.

Von Ruden will go over the 16 new hybrid-electric vessels being built for WSF, converting six existing vessels to hybrid electric, and bringing electrification to 16 terminals.

In the commercial sector, von Ruden worked in the chemical and shipbuilding industries in California, Washington and British Columbia. He held the position of Associate Dean and Director of Seattle Maritime Academy at Seattle Central College before moving to Washington State Department of Transportation Ferries Division in 2015, where he became the Director of Vessel Maintenance.

In 2021, he took the helm of the Ferries’ System Electrification Program, which includes vessels, terminals, and charging infrastructure. His education includes a BS in marine engineering from the U.S. Coast Guard Academy, an MS in marine engineering and naval architecture and an MS in mechanical engineering from Massachusetts Institute of Technology, and an MA in national security and strategic studies from the U.S. Naval War College.

SWITCH Maritime’s landmark Sea Change hydrogen-powered ferry project got a lot of attention at Marine Log’s FERRIES 2021 held last November along the New York Harbor. This year, up to 75 attendees have the chance to ride on it. Guests are encouraged to register soon, as the tour will be on a first-come-first-serve basis.

The 75-passenger ferry receives gaseous hydrogen into its 242 kg tanks on the upper deck. It uses that hydrogen in fuel cells producing electricity to power electric motors for distances up to 300 nautical miles, and speeds up to 20 knots—similar capabilities to diesel-powered vessels—with the added benefits of zero exhaust smoke or other emissions and very little vibration and noise.

While it is expected that many more will sign on, FERRIES 2022 already has nearly 40 sponsors so far.

Registration for the event is open. The next Early Bird discount ends September 30.