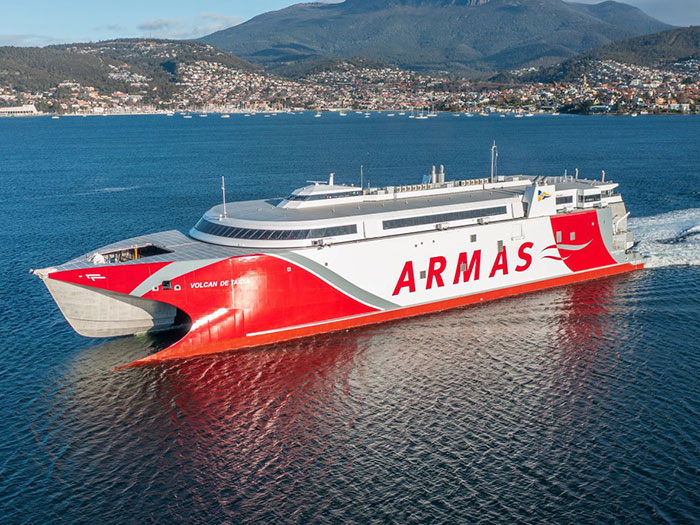 Volcán de Taidía in Hobart, Tasmania, prior to departure for Spain.

Australian shipbuilder Incat Tasmania reports that its latest high speed ferry, the 111-meter catamaran Volcán de Taidía, has been delivered to Spain’s Navieras Armas. She is now on her way to her new home in the Canary Islands via Auckland, New Zealand, across the Pacific Ocean to Tahiti and the Panama Canal before crossing the Atlantic to operate alongside sister vessel Volcán de Tagoro. which was delivered by Incat in 2019.

Both vessels will operate out of the new private port facility strategically located in the center of the Canary Islands at Las Palmas and developed by Naviera Armas in 2019.

When she enters service Volcán de Taidía will be the sixth Incat-built vessel operating in the Navieras Armas fleet. She is also the owner’s second newbuild direct from Incat Tasmania, its other Incat-built vessels being acquired on the second-hand market.

“We are delighted to have a new sister ship of the catamaran Volcán de Tagoro whose excellent performance and benefits have raised the quality of maritime transport to its highest level,” says Naviera Armas owner, Antonio Armas senior.

“The original vision of Naviera Armas was to facilitate high speed movement for passengers, cars and trucks between the two main cities in the Canary Islands, Las Palmas and Tenerife,” he says. “The one concern Antonio Armas senior had was that this is one of the most exposed routes in the Canary Islands. Volcán de Tagoro has proven it can operate a highly reliable year-round crossing on the route and the delivery of Volcán de Taidia is a resounding vote of confidence in the hull design refinements implemented in 2019.”

Volcán de Taidía has a capacity for 1,200 persons, including crew, and the vehicle deck provides for 595 truck lane meters plus 219 cars, or, in car-only mode, 401 cars. 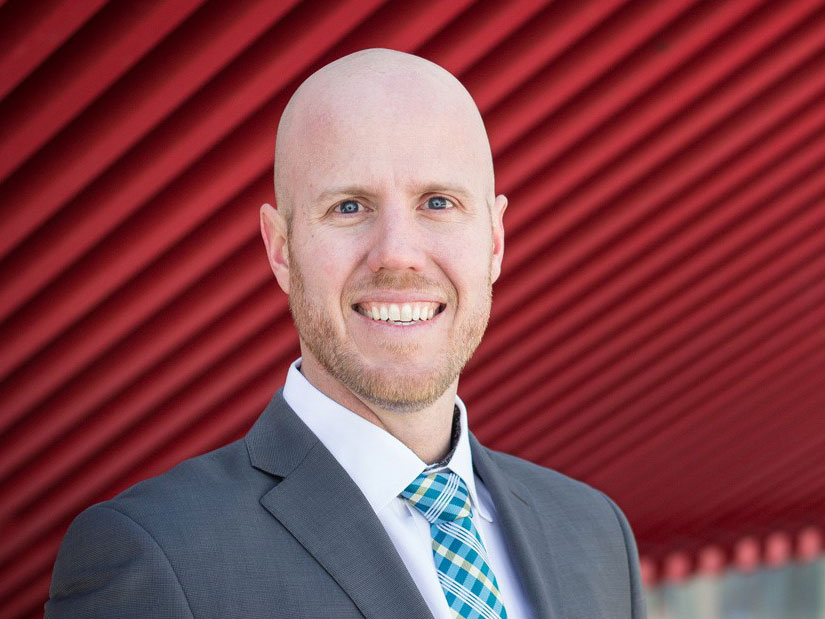