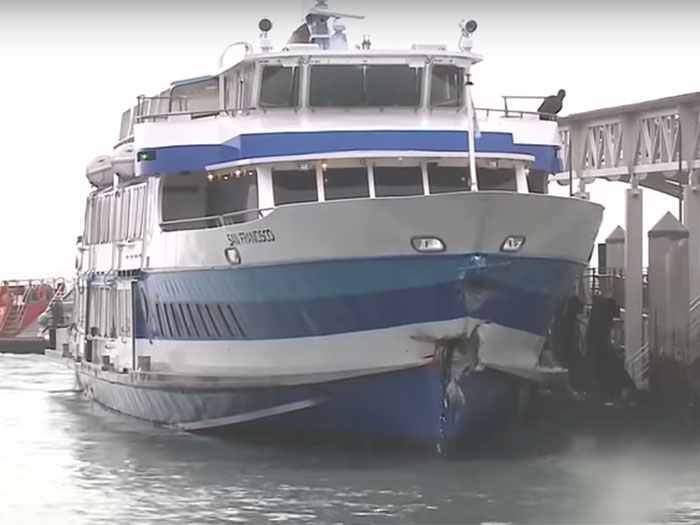 NOVEMBER 26, 2018 — A Golden Gate ferry, the San Francisco, crashed into the dock at the San Francisco Ferry Building Friday afternoon, causing some onlookers to flee in alarm and others to shoot videos of the incident.

A crew member aboard the ferry notified Coast Guard Sector San Francisco watchstanders of the allision around 2:40 p.m. There were reports of two minor injuries that did not require treatment beyond first aid and no reports of pollution.

The San Francisco Chronicle reports Priya Clemens, a spokeswoman for the Golden Gate Bridge Highway and Transportation District as saying that there were 53 passengers aboard the ferry at the time of the incident and that “it appears there may have been some mechanical difficulty.”

Though both the boat and dock were damaged, the incident “was not as bad as it could have been,” the Chronicle reports Clemens as saying, noting that the day after Thanksgiving was light for ferry service

The ferry was towed away from the Ferry Building Saturday morning to be assessed for repairs.