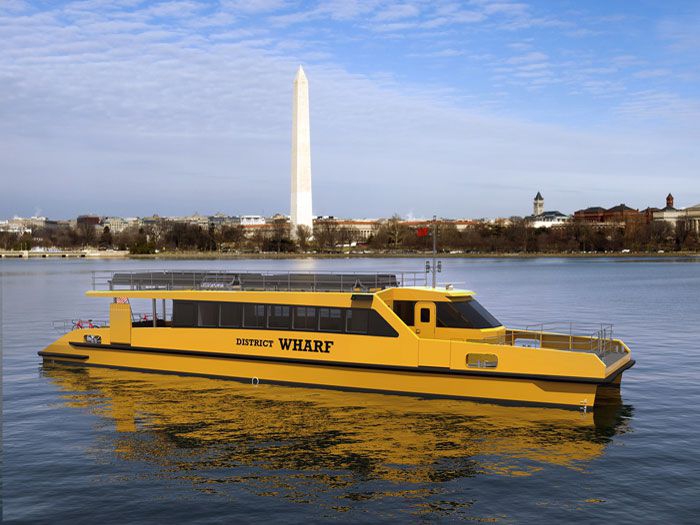 New Potomac Riverboat vessels will be powered by Scania engines

Potomac Riverboat Company, part of the Entertainment Cruises family, the largest dining and sightseeing cruise company in the U.S., will take delivery of eight DI13-liter engines in 2017 to power the high-speed, low-wake 88 ft water taxis that are being built to serve The Wharf neighborhood in Washington DC.

Bob Lawler, Entertainment Cruises VP Marine Operations, says, “We chose Scania USA to provide the main propulsion package for the new water taxis for a variety of reasons. Scania is able to meet our size, horsepower and weight requirements in a very fuel efficient and affordable package, which combined with Scania’s outstanding customer service we feel we have the perfect partner for this project.”

Scania says its engines are being incorporated into a growing number of Passenger Vessel Association ships. With the engines’ high torque at low rpm and fuel economy, they are being chosen for both new build and repower applications.

Alberto Alcalá, Scania’s Sales Manager for marine engines, says, “Scania’s reputation for powerful and efficient engines in the industry and our dedication to providing naval architects, shipbuilders and vessel operators with outstanding support, contributed to our selection as the sole engine provider on this very prestigious project in our nation’s capital. Helping Potomac Riverboat Company serve the transportation needs of our nation’s capital is an honor.”

Scania engines are available in EPA tier 3 ratings up to 900 hp, and the company has also launched a range of IMO tier 3 engines for Canada.