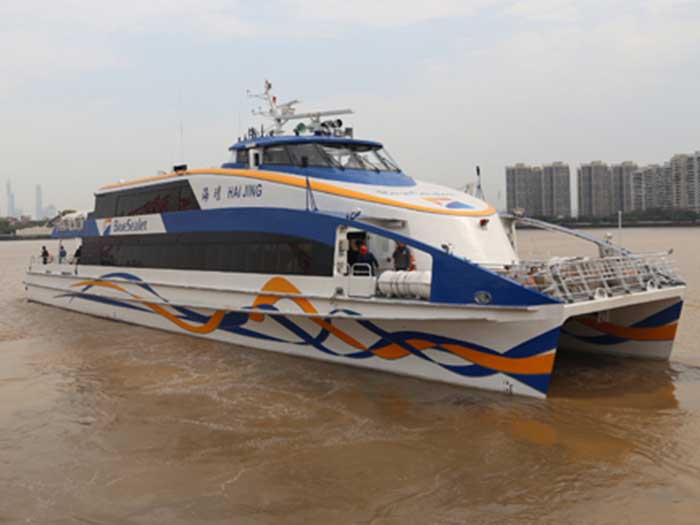 The catamaran, will be driven by twin MTU 16V 4000M70 engines powering Rolls-Royce Kamewa S71-4 waterjets and will carry 288 passengers between Zhuhai and Hong Kong quickly, quietly and in comfort.

The vessel is the third in a series of Rolls-Royce powered catamarans to be commissioned by the ferry company. In February it ook delivery of the first, the Hai Qin. During sea trials the Hai Qin reached a full load speed of 38 knots. The Hai Qin was followed into service by the Hai Jing in March 2016.

“We were surprised and delighted that the vessel comfortably exceeded the contracted speed of 34 knots on trial,” said Mr. Liang Kaibin Director General Manager of the Zhuhai High Speed Ferry Company. “Both our customers and ourselves value the speed, stability and maneuverability that the Rolls-Royce equipment has given the vessel.”

The ferries are the first to be built in China with Rolls-Royce’s most advanced waterjets.

Class survey and construction design is being undertaken by the Afai Technology Center. The vessel is due for delivery in September 2017.