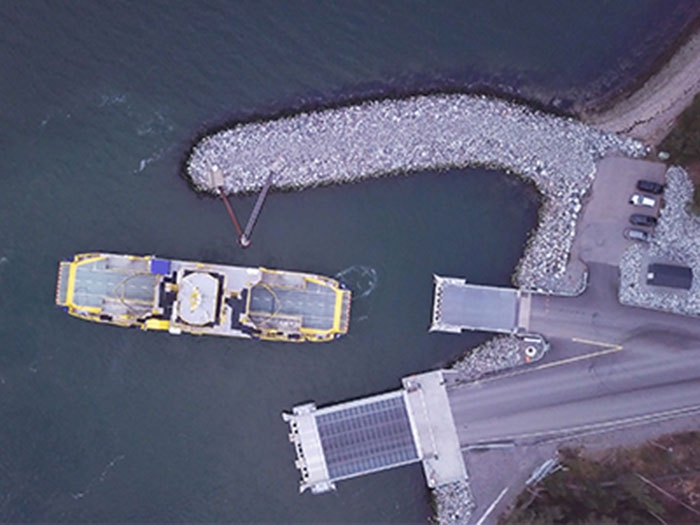 DECEMBER 4, 2018 — Rolls-Royce and Finnish state-owned ferry operator Finferries are claiming a world first following a successful demonstration yesterday of a fully autonomous ferry operation in the archipelago south of the city of Turku, Finland.

The car ferry Falco used a combination of Rolls-Royce Ship Intelligence technologies to navigate autonomously during its voyage between Parainen and Nauvo. The return journey was conducted under remote control.

During the demonstration, the Falco, with 80 invited VIP guests aboard, conducted the voyage under fully autonomous control. The vessel detected objects utilizing sensor fusion and artificial intelligence and conducted collision avoidance. It also demonstrated automatic berthing with a recently developed autonomous navigation system. All this, says Rolls-Royce, was achieved without any human intervention from the crew.

The Falco is equipped with a range of advanced sensors that allow it to build a detailed picture of its surroundings, in real time and with a level of accuracy beyond that of the human eye. The situational awareness picture is created by fusing sensor data and it is relayed to Finferries’ remote operating center on land, some 50 kilometers away in Turku city center. Here, a captain monitors the autonomous operations, and can take control of the vessel if necessary.

During the autonomous operation tests in Turku archipelago, Rolls-Royce has so far clocked close to 400 hours of sea trials. The Rolls-Royce Autodocking system is among the technologies that have been successfully tested. This feature enables the vessel to automatically alter course and speed when approaching the quay and carry out automatic docking without human intervention. During the sea trials, the collision avoidance solution has also been tested in various conditions for several hours of operation.

Mikael Makinen, Rolls-Royce, President – Commercial Marine, said: “Today marks a huge step forward in the journey towards autonomous shipping and reaffirms exactly what we have been saying for several years, that autonomous shipping will happen. The SVAN project has been a successful collaboration between Rolls-Royce and Finferries and an ideal opportunity to showcase to the world how Ship Intelligence technology can bring great benefits in the safe and efficient operation of ships.

“This is a very proud moment for all of us and marks our most significant milestone so far. Today’s demonstration proves that the autonomous ship is not just a concept, but something that will transform shipping as we know it.”

Mats Rosin, Finferries’ CEO, added: “We are very proud that maritime history has been made on the Parainen-Nauvo-route once again. First with our world-renowned hybrid vessel Elektra and now Falco as the world’s first autonomous ferry. As a modern shipowner our main goal in this cooperation has been on increasing safety in marine traffic as this is beneficial for both the environment and our passengers. But we are also equally excited about how this demonstration opens the door to the new possibilities of autonomous shipping and safety.”

The Falco is a 53.8 m double-ended car ferry, which entered service with Finferries in 1993. It is equipped with twin azimuth thrusters from Rolls-Royce. 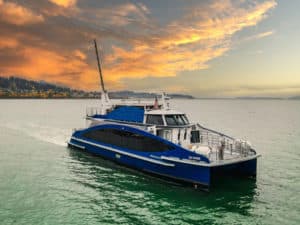