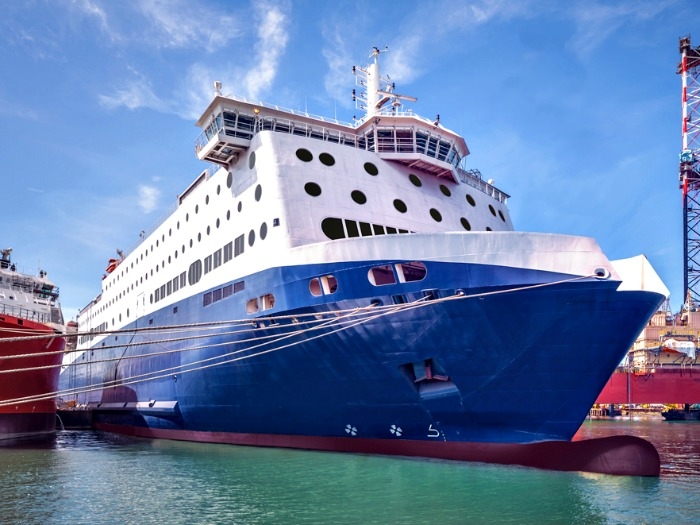 May 17, 2014—Friday, May 15 marked the initial sailing of the Nova Star, the first ferry to serve the cross border route between Portland, ME, and Yarmouth, Nova Scotia, in five years.

The ferry will provide round-trip daily service between Yarmouth, Nova Scotia, and Portland, ME, every 24 hours until November 2. Nova Star will leave Portland in the evening on an overnight voyage to Yarmouth, and return with a daytime crossing the next day.

The service is expected to attract more than 100,000 passengers in a year.  It has been five years since the last ferry, the high-speed catamaran vessel The Cat, was in service on the route.

The cruise ferry Nova Star was built in Singapore by ST Marine Ltd. It has a passenger capacity of 1,215, with 162 cabins. The cruise ferry an overall length of 161 meters, with a design draft of 6.05 meters, and a cruising speed of 21 knots.

Besides three restaurants and four bars, the cruise ferry will have a conference center and theatre and a casino.  Century Casinos, Colorado Springs, CO, has the concession for the casino. It operates a number of casinos on board cruise ships worldwide.

Nova Star Cruises wants commercial trucking companies to use the ferry; the idea is that long haul truck drivers can rest while their truck on the vessel.  The 10-hour, 212-mile journey may fit the needs of long-haul truckers who are required to rest for 10 hours between shifts.

The Federal Maritime Commission is responsible for issuing certificates for Performance and Casualty. The Federal Maritime Commission’s Office of Passenger Vessels issues Certificates (Performance) and Certificates (Casualty) to cruise lines which have provided proof of financial responsibility in an amount sufficient to reimburse passengers for claims against the cruise line for failure to perform cruises, and claims to cover death or injury to passengers and other persons.

FMC Commissioner William P. Doyle visited the cruise ferry on May 13 to congratulate Nova Star’s President Mark Amundsen and COO Steve Durrell for “their vision and perseverance for starting the service back up after a five-year absence of this important New England to Nova Scotia service.  This service from Portland, Maine to Yarmouth, Nova Scotia is good news for the Port of Portland and all of New England.  It spurs new economic activity for both countries.”