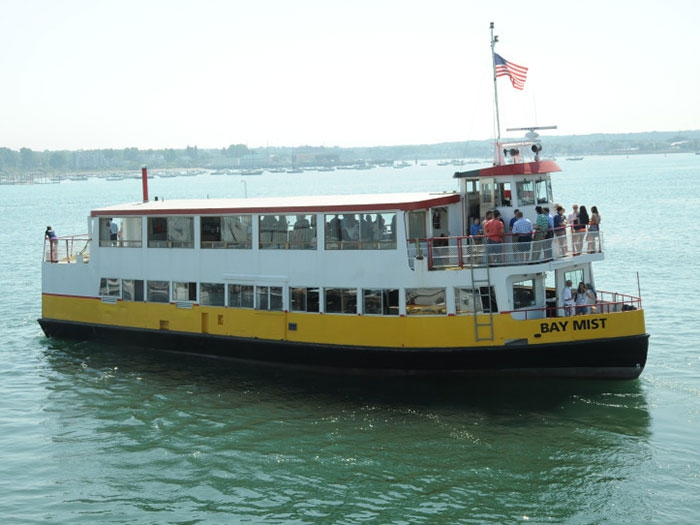 AUGUST 29, 2017 — Coast Guard Sector Northern New England has issued a notice of violation for a $2,500 civil penalty to an individual who jumped off a Casco Bay Lines vessel while it was underway in the Fore River last month.

On July 2, 2017, at approximately 9 p.m., the vessel Bay Mist was returning to the State Pier in Portland, Maine, with approximately 90 passengers aboard. As the captain was approaching to the dock and the crew members were preparing the passengers for a safe disembarkation, someone yelled that there was a man overboard.

The captain and crew responded immediately in an attempt to rescue the person in the water. After hitting water, however, the jumper swam to the other side of the channel where he was apprehended by police.

Jumping into the water from a passenger vessel, such as a charter boat or ferry, is dangerous, notes the Coast Guard. Jumpers are at risk because they could get sucked into the vessel’s propellers or drown from the effects of cold water shock, swimming failure, and hypothermia.

The Coast Guard Captain of the Port, Michael Baroody, stated, “Intentionally jumping off a passenger vessel is an extremely dangerous act. It interferes with safe operation of the vessel and I have directed my staff to investigate each of these incidents and issue violations as appropriate.”

Jumping can also unnecessarily place the vessel, its crew, and the other passengers in danger. Crew members who responded to the man overboard were diverted to the emergency from responsibilities necessary for safe navigation of the ship.

In 1998, Congress amended title 46, United States Code, section 2302 to allow the Coast Guard to pursue a civil penalty against any individual who interferes with the safe operation of a vessel. The maximum monetary penalty for such a violation is $33,333.