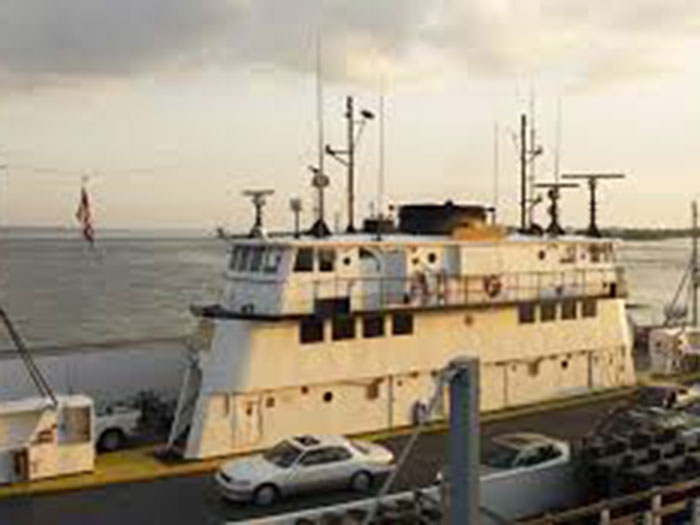 JULY 7, 2016 —  Service by the Steamship Authority (the Woods Hole, Martha’s Vineyard and Nantucket Steamship Authority) was disrupted yesterday when the double ended freight ferry Governor reportedly lost steering at 11:40 am when approaching an empty slip at the Woods Hole terminal and allided with car/passenger ferry Martha’s Vineyard, docked in the adjacent slip.

According to local media reports, the loss of steering was caused by a stalled engine as the captain was starting to reverse the bow engine on the double-ended ferry.

The chief engineer was able to restart the bow engine, and the captain then proceeded into the slip.

Quick action by the crew of the Governor just prior to the collision prevented what could have been a much worse result, the Steamship Authority said. There were no injuries or vehicle damage, although there was minor damage to both vessels.

The Martha’s Vineyard sustained a 12-inch crack in the hull plate. It was welded closed on both sides and, following a Coast Guard inspection, the vessel was cleared to resume service, starting with its 7:30 pm scheduled departure from Woods Hole.