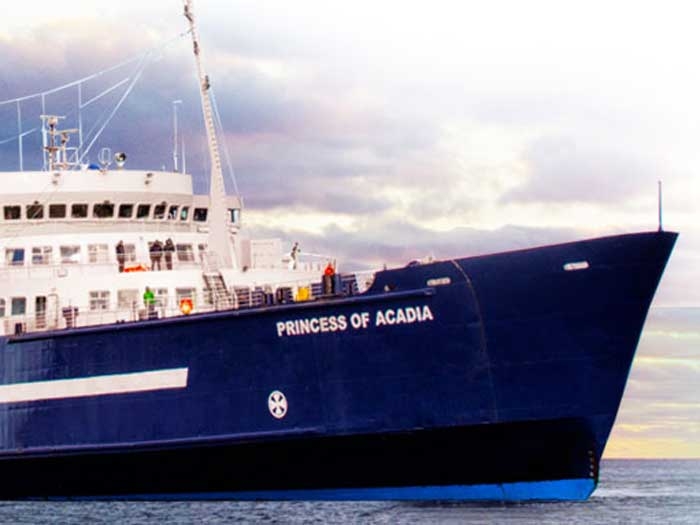 JULY 17, 2014 — The Government of Canada is investing $58 million over two years to support interprovincial ferry services in Eastern Canada. It says that investment will allow for continued ferry services between Saint John, NB, and Digby, NS; between Wood Islands, PEI and Caribou, NS; and between Iles-de-la-Madeleine, QC and Souris, PEI.

The funding will be used to support ferry operations and maintain ferry assets for the continued safe operation of these services until March 31, 2016.

The services use vessels owned by Transport Canada, which owns four vessels and six ferry facilities that are leased to private operators for a nominal amount.

Since 2006, the Government of Canada has invested approximately $246 million in support of the three Eastern Canada ferry services.

This ferry service is operated year-round by Bay Ferries Ltd. (BFL). The service is being provided using the Transport Canada-owned MV Princess of Acadia.

On June 24, 2013, the Government of Canada announced its intention to replace the MV Princess of Acadia. The vessel procurement process is currently underway. This involves identifying and assessing the suitability of candidate vessels from all over the world, including Canada. This work is ongoing and a replacement vessel is expected to be introduced into service in 2015.

Since 2006, the federal government has provided $38 million to support this service.

The service is operated by Northumberland Ferries Ltd. (NFL), for eight months of the year (May to December) and uses two of Transport Canada’s vessels — the MV Holiday Island and the MV Confederation.

Since 2006, the federal government has provided $97 million to support this service.

Since 2006, the federal government has provided $111 million to support this service. This amount includes $14.6 million contributed since 2008, to extend the service to the winter months, thus providing a year-round service between Îles-de-la-Madeleine, Quebec, and Souris, Prince Edward Island.