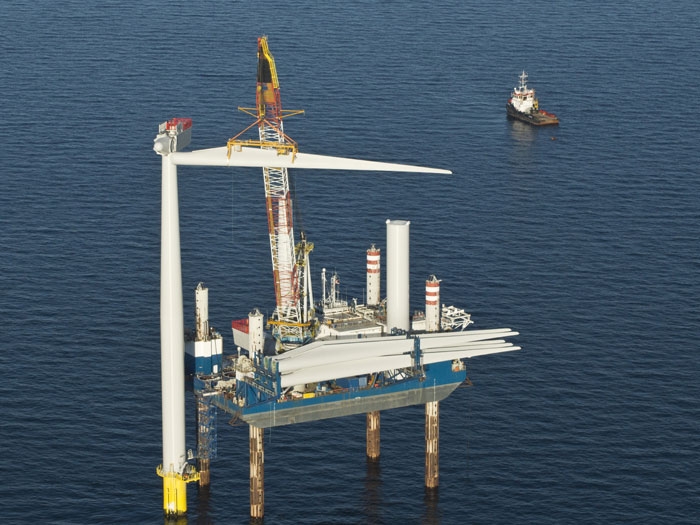 Sea Worker had been in transit to Esbjerg and “was caught by a weather window, which was both shorter and worse than expected,” according to A2Sea.

The tow line between the jack-up barge and the tug boat broke and the vessel drifted towards the coast. All crew members were safely evacuated before the vessel grounded off the coast at Nymindegab south of Hvide Sande.

A technical team found that the jacking system had been seriously damaged aend it was determined to secure the barge in position and remove all oil prior to removal of the barge.

Following the subsequent capsize, no pollution was detected from the vessel and A2Sea said that its focus remained on preventing any oils or fuels leaking from the vessel.

A special operations team and the vessels Esvagt Connector and Emile Robin are onsite and the environmental response vessel Gunnar Seidenfaden is on call in the Port of Hvide Sande ready to respond if any development occurs.

The next step will be removal of all oil and fuels from Sea Worker as soon as weather permits.