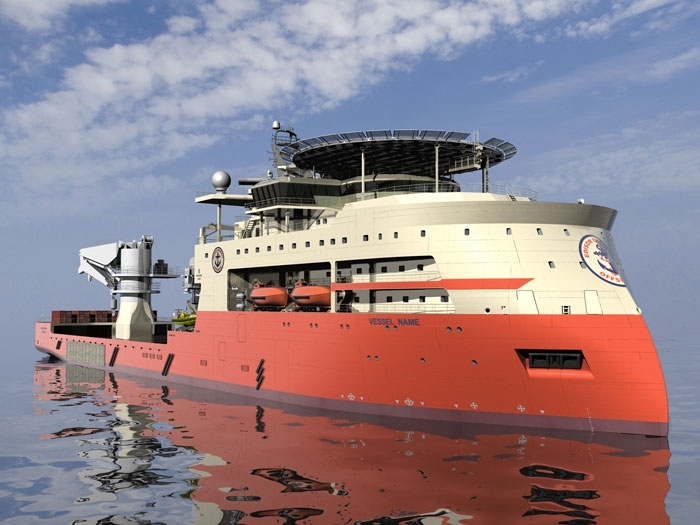 Tuesday morning, April 28, the tow of the aft ship arrived at the shipyard. The next operation was to move the 6,500 t section into the dock and connect it to the foreship which is positioned inside the dock hall.

When yard number 302 is completed in the fourth quarter of this year, the OCV vessel will have a length of almost 160 m and be 30 m wide.

The sister vessel will be built in the U.S. at Edison Chouest’s LaShip shipyard.