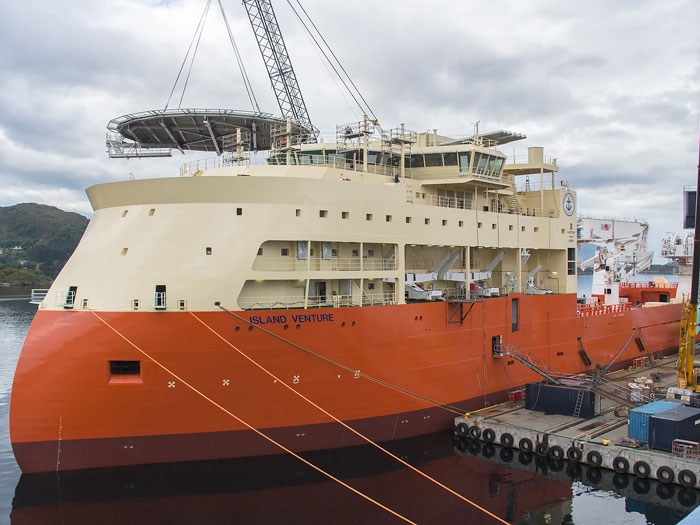 The second vessel is to be built in the U.S. by at Edison Chouest’s LaShip shipyard in Houma, LA.

Measuring close to 160 m in length, with a beam of 30 m, Yard No. 302 is the shipbuilder’s largest offshore vessel thus far. As shown in the photo, the heli deck was being mounted on the ship’s bow section.

Though the vessel is jointly owned by Norway-based Island Offshore and U.S.-based Edison Chouest Offshore, it will be managed by Chouest and thus carries the Edison Chouest colors and logo.