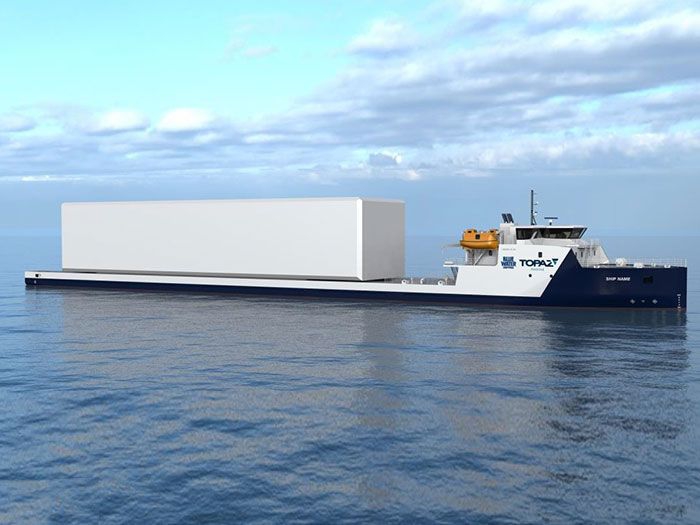 AUGUST 26, 2016 — Dubai headquartered offshore support vessel specialist Topaz Energy and Marine has turned in a result for the first half of 2016 that’s in happy contrast to most others in the OSV sector.

Topaz has a primary focus on the Caspian, Middle East and West Africa and Subsea operations in the North Sea and Gulf of Mexico. It operates a fleet of more than 90 offshore support vessels with an average age of 7 years, compared to the global average of 15 years.

Business highlights in the half year included a $350 million deal signed in May to construct, supply and operate 15 vessels for a minimum period of three years for a Chevron operated TCO in Kazakhstan.

That award and a major BP contract signed in the first quarter bring the company’s order backlog up by 23% to $1.6 billion.

Also helping: A strong performance in the Caspian with Azerbaijan fleet utilization of 94% and a “rigorous cost containment drive.”

Topaz says it is continuing; cash preservation program continues. It has mobilized for vessels to the to Caspian from the Mideast North Africa region to pursue better opportunities and has seven vessels in lay-up to reduce operating costs.

“We have delivered a solid performance for the six months to 30 June 2016,” said CEO René Kofod-Olsen. “Although our revenue has softened against the six months of 2015, our EBITDA has remained robust and we have improved our EBITDA margin to just over 51%.

“Our Caspian and Azerbaijan fleets continued to deliver, with a utilization rate of 94% in Azerbaijan. Our Mena and Africa regions have had a challenging six months as the Mena market moves increasingly to spot rate contracts and our clients reduce or delay investment in the West Africa offshore market. We expect the Caspian and Azerbaijan fleets to deliver a solid performance for the remainder of the year, where we generate the majority of our EBITDA.”