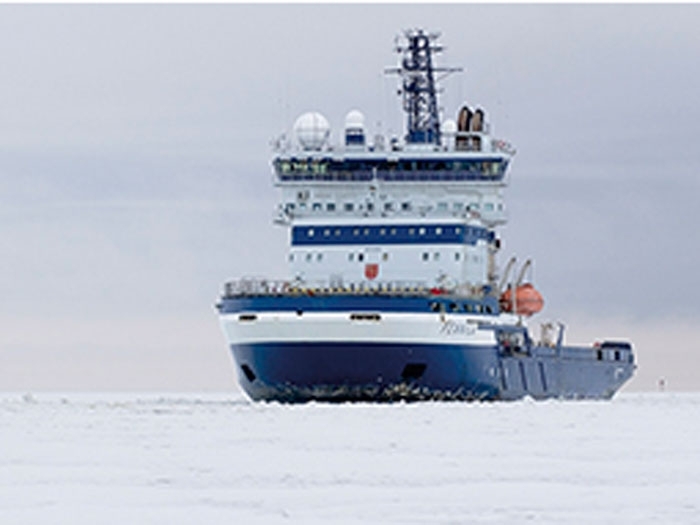 JULY 13, 2015 — MSV Fennica, the Finnish multipurpose icebreaker on charter to Shell, is to go to Vigor Industrial’s Portland, OR, shipyard for repairs to the one inch wide by three foot long hull fracture that forced it to return to Dutch Harbor, Alaska, earlier this month (see earlier story).

The vessel was carrying the capping stack that Shell would be required to deploy should a blow out occur during drilling operations in the Chukchi Sea.

“MSV Fennica will transit to Portland for repairs before returning to Alaskan waters for her operational duties. The vessel is required on the operational area only late in the August so the drydocking in Portland has been chosen for repairs.

“Earlier Fennica’s hull suffered a damage while traveling through charted waters on the Unalaska Bay Area with a certified Alaska marine harbor pilot onboard. A leak in one of her ballast tanks was later discovered.”

A Vigor spokesperson confirmed that the Fennica would be in Vigor’s Portland shipyard and that they expected to complete the repairs on the icebreaker within between 36 and 48 hours.