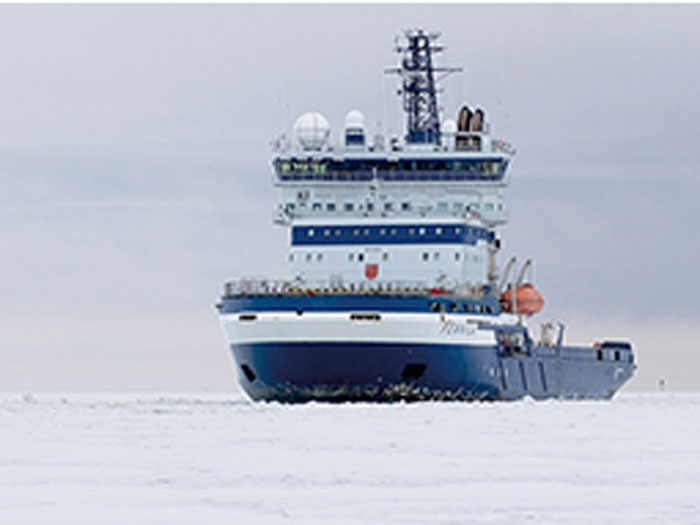 JULY 7, 2015 —A Finnish multipurpose icebreaker on charter to Shell had to return to Dutch Harbor, Alaska, early Friday morning after its hull was found to have a fracture.

The vessel was carrying the capping stack that Shell would be required to deploy should a blow out occur during drilling operations in the Chukchi Sea.

“The Motor Vessel Fennica was departing from the port of Dutch Harbor, Alaska when the crew discovered that they had water coming in to their Port No. 4 ballast tank. At that point they returned to port and tied up at the Delta Western dock,” he reportedly said. “Divers there discovered a one-inch wide by three foot long fracture in the ship’s hull.”

Fennica and sister vessel Nordica are on charter to Shell from Arctia Offshore, a subsidiary of Finnish Government owned Arctia Shipping, and are chartered out when not required for ice management services during the Finnish winter.

In a statement released today, Arctia said the Fennica is “currently having maintenance works performed in Dutch Harbor.”

“Fennica was sailing on Unalaska Bay when she had an underwater hull damage for a currently unknown reason,” says Arctia. “When a leak in one of her ballast tanks was spotted, the vessel immediately returned to Dutch Harbor. The incident didn’t cause any harm to the environment, neither did it pose any danger to the crew.”

“Divers checked her hull and a maintenance plan was drawn upon their evaluation. When the maintenance works are completed, msv Fennica will head to her operational duties off the coast of Alaska,” said Arctia Offshore SVP Hannu Ylärinne.

According to media reports, the Fennica was under pilotage and in charted waters when the incident occurred.

A Shell spokesperson is quoted as saying that efforts are being made to retrace the vessel’s path to see whether it encountered a previously uncharted obstruction.