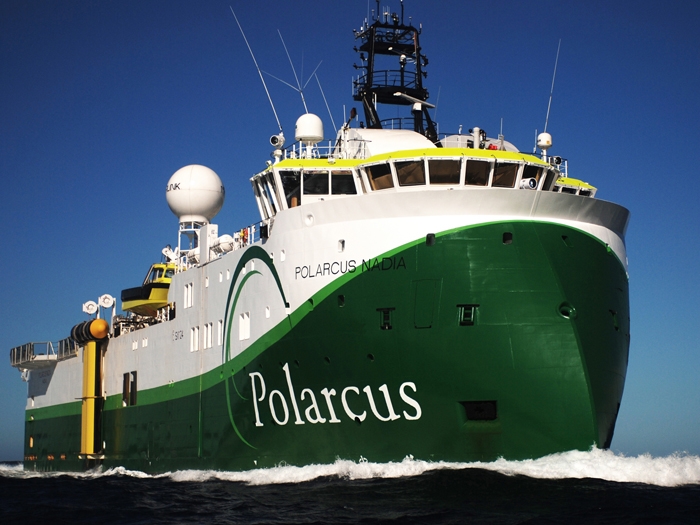 FEBRUARY 1, 2016 — More heads are rolling at seismic vessel operator Polarcus under what the geophysical company says is a plan providing it with “a business model to withstand a prolonged difficult market as well as to take advantage of opportunities in this volatile environment.”

The latest 15 staff reductions include “executive management positions to fit a redefined Polarcus.”
Peter Zickerman, Executive Vice President Strategic Investments and company founder, has moved from being an employee to a consultant as strategic advisor to the company.

Effective 1 March 2016, Hans-Peter Burlid will be promoted to the position of Chief Financial Officer. Mr. Burlid currently serves as Vice President Finance & Investor Relations for Polarcus, an executive management position which will be eliminated. He has 12 years of experience in the seismic industry with key roles in finance, accounting and business development and was instrumental in the start-up of Polarcus. Mr. Burlid holds a B.Sc. in Economics and Business Administration from Blekinge Institute of Technology, Sweden.

“It is always a difficult decision to see the departure of high-quality employees, but the current market environment requires us to continuously review and adjust our cost structure,” said Rod Starr, Polarcus CEO. “I am also appreciative of the leadership provided by executives Tom Henrik Sundby and Paul Hanna. They were both here in the early days and played important roles in the development of Polarcus, and I wish them the very best in their future endeavors. Continued strategic advice from Peter Zickerman will be an important element as the company maintains an eye on future growth opportunities.”

Polarcus says cost savings as a result of these recent personnel changes plus additional other overhead cost reductions will total $7 million annually, excluding one-off restructuring costs which will be incurred in first quarter 2016.