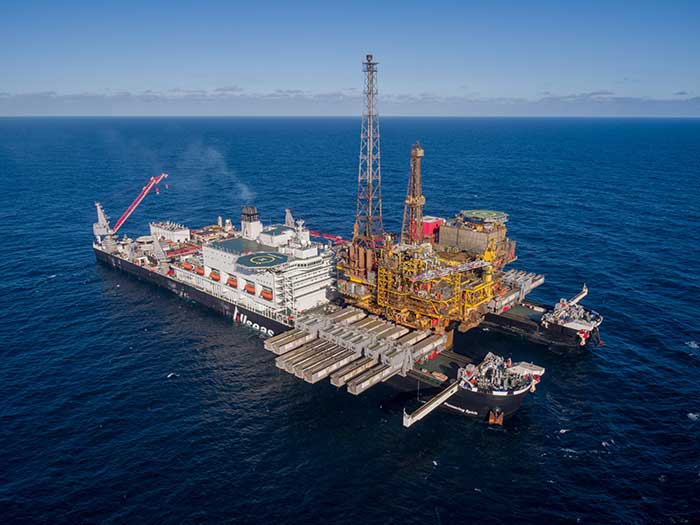 Located in the Brent field, approximately 186 km off the north-east coast of Shetland, the Brent Delta topsides sat on a three-legged gravity-based structure which stands in 140 m of water.

The topsides has since been sea-fastened on board “Pioneering Spirit” for transport to the Able UK decommissioning yard in Teesside, North East England.

The massive twin-hulled Pioneering Spirit is 382 m long and 124 m wide. The vessel was built in South Korea by Daewoo Shipbuilding and Marine Engineering (DSME) and arrived in Rotterdam for final outfitting in January 2015. It completed its maiden heavy lift project in August, 2016.