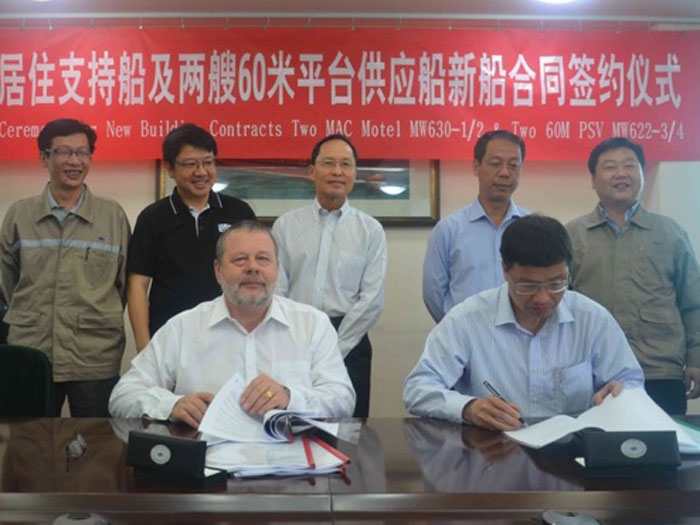 Valued at $125 million, including some owner furnished equipment, the latest contracts cover two additional 60 m PSVs to follow two recently launched units that will be delivered in July and two newly designed 89 m MAC Motels that will feature 240 beds, crane and walk to work gangways.

The Motels will be the to be delivered with the OMPECO Garbage Convertor, which reduces garbage in volume by 70% and converts it to inert sterile dust. Also to be installed is the EPIC POB (persons on board) Monitoring system, which will electronically track POB, both on the vessel, and across the gangway, enabling the Master to know the exact whereabouts of ship based personnel at any given time.

These latest orders bring the current MAC order book to 25 vessels, due for deliveries between May 2014 and June 2016 and ranging in size and specification from 60 m PSVs up to 500 man Flotels.